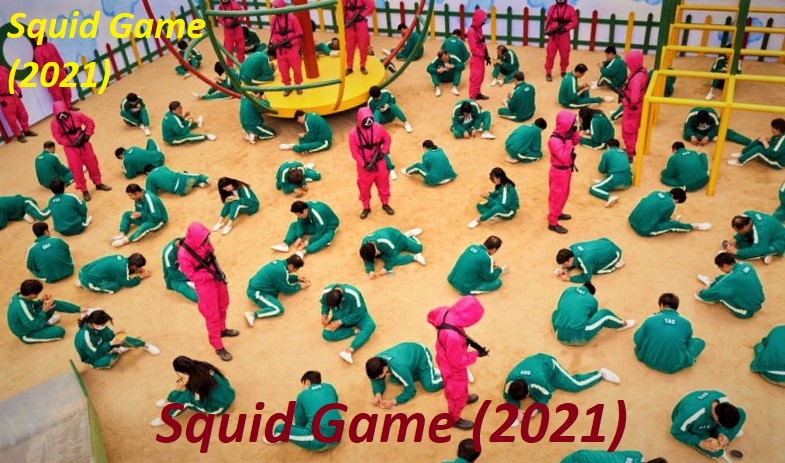 The Korean survival/thriller television series Squid Game (2021), also known as Round 6 has become of the most-watched series on Netflix worldwide. Netflix released it on September 17th, 2021, and within weeks it became world-famous for its story, plot, direction, originality, theme, visuals, and acting by its stars. In the first week of its release, it became the most-watched Netflix series in different regions of the world, and its audiences continue to grow.

Squid Game (2021) is an action, survival, and thriller drama series which tells the story of 456 players who are brought together to play a game, which will end either on their death or winning a ₩45.6 billion. The players all have terrible pasts which have led them into deep debts, and by winning this game they are promised a new life with all of this money.

Squid Game is one of the most-watched series on Netflix. It has received great reviews from the public and critics. The first season of the series holds a 95% rating on Rotten Tomatoes and an 8.3/10 rating on IMDb.

The cell/mobile number used in the drama was actually a real phone number that they showed on screen. The owner of that mobile phone number received thousands of calls from the public every day since the series was released.

Different actors and media/production companies have been rejected the show for over 10 years. The director and writer Hwang Dong-hyuk had written the show almost ten years ago and has been trying to get a production company to create it with him.

The actor who played the starring role of Gi-hun in the Squid Game (2021) is the renowned South Korean actor Lee Jung-Jae. Lee Jung-Jae is well-known for villainous, evil, or sinful roles. This is the first time that he played a heroic role in a series and has successfully portrayed his character. The director of the show Hwang Dong-hyuk personally wanted Lee to play the role as he wanted to end his image of portraying bad characters.

The winning prize money in the series is ₩45.6 billion (South Korean currency), which is around $38.32 million (American Dollars) in 2021. It is also quite interesting that there are a total of 456 players playing the game in this series and the prize money is exactly 45.6 billion.

The player number 067 in the series is mentioned as ‘defector’. The term ‘defector’ is actually used for the person who escapes North Korea and comes to South Korea.

The scary doll in the first game ‘red light, green light’ which is played by the players is real. It actually exists in real life and is located in a carriage museum in Jincheon County, South Korea.

The only Indian actor in the series is Anupam Tripathi. He has appeared in several South Korean films after his successful debut back in 2014 with his role in Ode to My Father (2014).

Heo Sung-Tae who played the role of Jang Deok-su in the series has been appearing in films and TV shows since 2011. Heo Sung-tae first appeared in a talent show called Miraculous Audition and came in fifth in the final results, that he entered acting and has appeared in several successful movies such as The Fortress (2017), The Outlaws (2017), Beyond Evil (2021), and more.

The actress who played the role of Kang Sae-byeok in Squid Game (2021) is Jung Ho-yeon. She is a very well-known and very talented South Korean actress. After appearing in the series, she has become the most followed South Korean actress on Instagram. She has reached up to 13 million followers on the social networking app Instagram. Kang Sae-byeok is 27 years old actress who made her acting debut with a starring role in Squid Game. Before entering acting she was a top model who was known for her sexy and hot looks. Jung Ho-yeon has appeared in different widespread magazines such as Elle and Harper’s Bazaar, she has also worked for different famous brands such as Louis Vuitton, Lanvin, and Gaultier.

Park Hae-soo who played the role of Cho Sang-woo in Squid Game (2021) has become famous for his role in the series. He revealed on his Instagram account that soon he will appear in a starring role in the Korean version of the world-famous Netflix series ‘Money Heist’. Park Hae-soo is a full-time actor and has appeared in several TV serials such as Legend of the Blue Sea (2016-17) and Prison Playbook (2017-18).