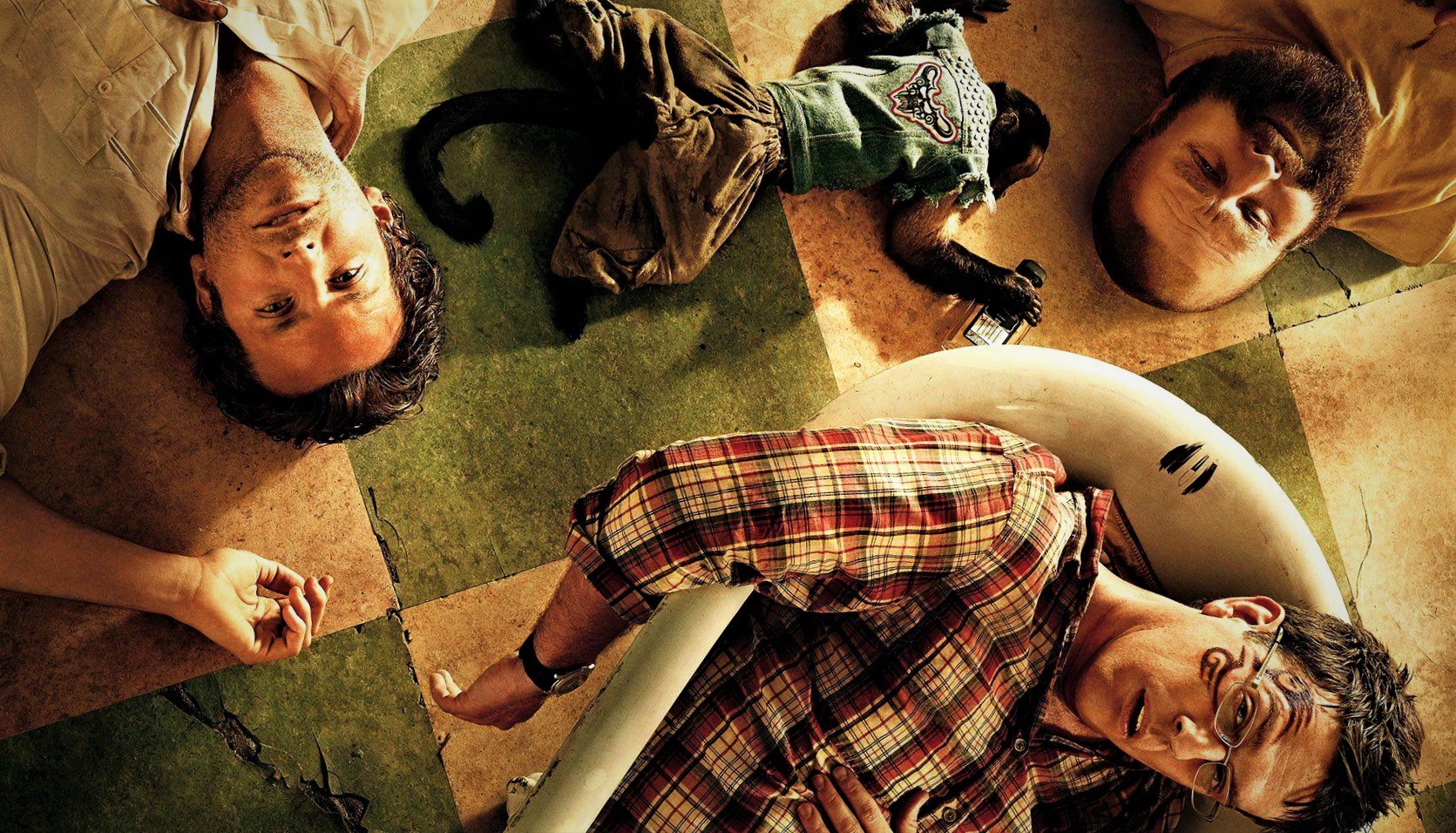 The Hangover (2009) is an American film and the genre of the film is comedy. The film was directed by Todd Philips and it was co-produced with Daniel Goldberg. The Hangover (2009) was written by Scott Moore and Jon Lucas. The film stars Bradley Cooper, Justin Bartha Ed Helms, Heather Graham and Zack Galiphinakis.

The story of the film is about four friends who went to Los Vegas to celebrate the Bachelor party of their friend Doug, but after the late night party, three friends wake up in the hotel room while Doug is missing. They need to find Doug before the marriage. The story of The Hangover basically shows the bro-mance.

The Hangover was a huge commercial and critical success and got positive reviews from most critics. The approval rating from IMDb is 7.7/10 and on Rotten Tomatoes is 34%. The Hangover was the 10th highest grossing movie in the world which makes it a financial success. The film features about 20 songs which includes “Who let the dogs out?”, “wedding bells”, “It’s Now or Never” and many others.

Amazing facts about The Hangover

Ed Helms never grow an incisor tooth; they took his fake tooth out so no effects were used to show the missing tooth of Stu

In the film when cops pull the car in front of Palace, two real employees were having an argument about the shooting of film

Paul Rudd was offered the role of Phil but heturned down

Lindsay Lohan was offered the role of stripper but she did not like the script and turned down the role. After the release of The Hangover, she regretted the decision

Mike Tyson decided to appear in the film when he got to know about Old School (2003) that it was also directed by Todd Philips. He liked the Old School very much

Cast Members of “The Hangover”