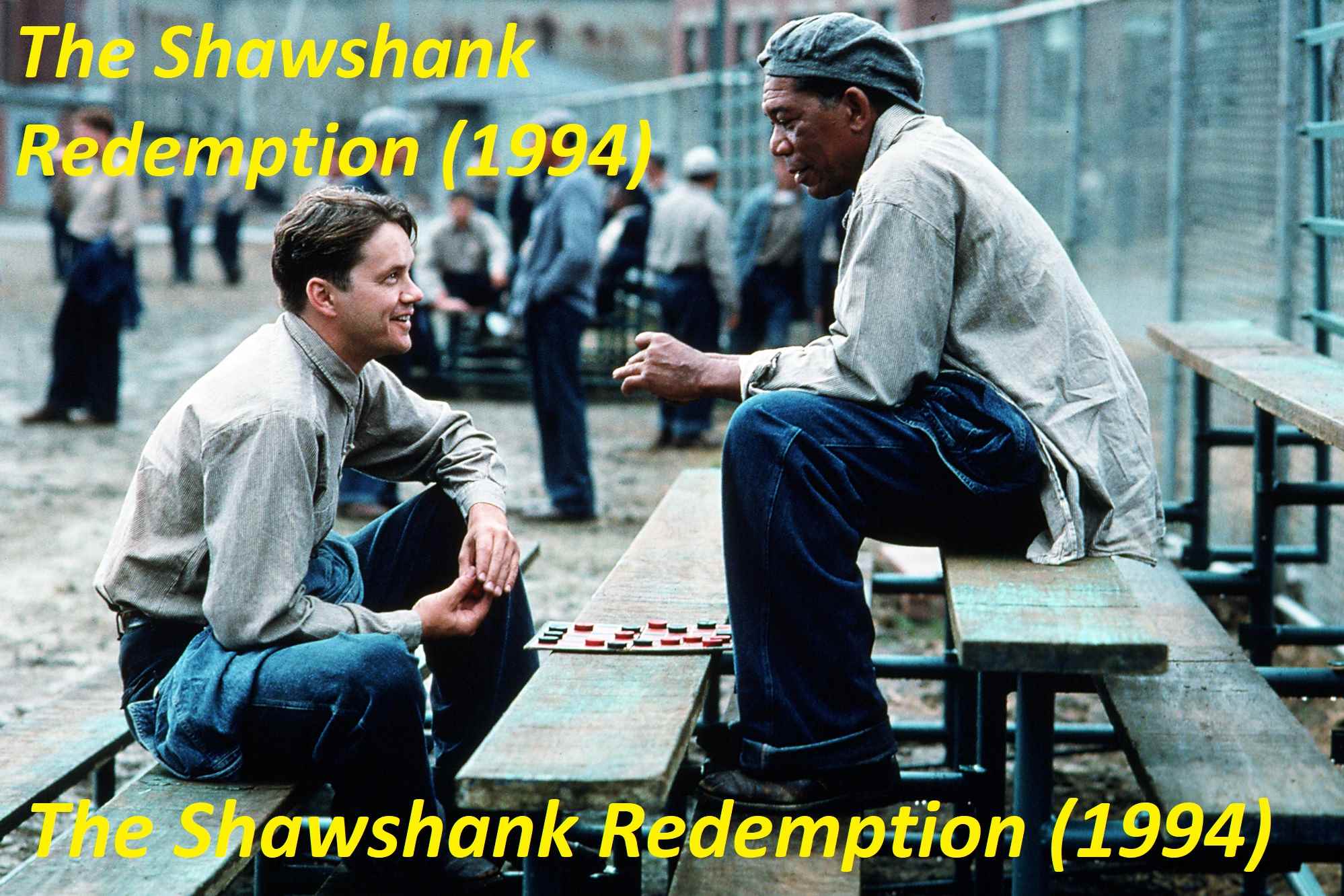 The Shawshank Redemption (1994) stars Tim Robbins in the lead role as Andy Dufresne, Morgan Freeman in the lead role as Ellis “Red” Redding, Bob Gunton in a supporting role as Samuel Norton, and Clancy Brown in a supporting role as Byron Hadley. The renowned Hollywood director Frank Darabont directed and wrote the screenplay for the film, and it was produced by Niki Marvin. Roger Deakins did the cinematography of the film. Castle Rock Entertainment’s production company granted Darabont a $25 million budget, fourteen days after he submitted his script for the film. The film is set in Maine, Mansfield, in the state of Ohio. The Ohio State Reformatory served as the Shawshank Prison.

The film premiered on September 10, 1994, at the Toronto International Film Festival, and released in the United States on September 23, 1994. Although The Shawshank Redemption received very promising (positive) reviews upon its release, it did not do well at the box office. With its budget of $25 million, it only grossed $18 million on its initial theatrical release. The critical acclaim, good reviews, and award nominations gave the film a second chance. On its theatrical re-release, it went to gross over $58 million worldwide. The distribution company of the film Columbia Pictures sent over 320,000 VHS copies throughout the United States.

The Shawshank Redemption (Rating and Reception)

The Shawshank Redemption (1994) is one of the highest-rated films on every film rating website. With a rating of 9.3/10, it is the highest-rated film on IMDb, with 2.5 million ratings which are also the most ratings for a film. On review aggregator Rotten Tomatoes The Shawshank Redemption holds a 91% approval rate and it holds an 80% rating on Metacritic. It is also on #1 on IMDb’s Top Movies Chart.

The critics loved the film and gave it great reviews, and many included it in their top 10 movies list. The performances by Morgan Freeman and Tim Robbins also received critical acclaim. They loved the story, the screenplay, the music, the dialogs, and just everything about the film. Roger Deakins also received very good reviews for his cinematography in the film.

A former genius banker Andy Dufresne is found guilty of the murder of his wife and her lover and is given two life sentences in the Shawshank State Penitentiary. In the prison, he becomes friends with a fellow prisoner Ellis “Red” Redding. He also gets involved with prison warden Norton’s money-laundering operation. He must keep going and survive in the prison and never lose hope, and do everything he can to get out of prison.

Many great actors of the time were considered for the role of Andy Dufresne in the film such as Kevin Costner, Tom Hanks, Nicolas Cage, Johnny Depp, Jeff Bridges, and Tom Cruise.

The prison yard scene when Dufresne talks to Red for the first time took almost 9 hours to shoot. The lead actor Morgan Freeman kept throwing the baseball as required for the scene, without complaint. The next day he showed up on set with his arm in a sling.

Though The Shawshank Redemption (1994) is one of the greatest films ever created, it was a box office failure. Its initial earnings of $18 million did not even meet its production budget. Thanks to good reviews and award nominations that it went to gross around $58 million.

There are many theories why the film did not do good on the box office such as; because of its competitor movies Forest Gump (1994) and Pulp Fiction (1994), the prison movies were not so popular at the time, lack of female characters, and its title.

The lead actor of the film Morgan Freeman said in an interview that the reason The Shawshank Redemption was a box office failure was its difficult name. As he explained that at the time word of mouth meant a lot in the success of a film because there was no internet back then.

Tim Robbins, who played Andy Dufresne, in the film locked himself in solitary confinement to prepare for the role. He said that he wanted to get a feel about what it was like in prison.

The Shawshank Redemption (1994) is the first film on IMDb to receive over 2 million votes, and still is the film with the most votes.

Hope is the last word spoken in the film, which is the theme of the film.

For being “Historically, Culturally, and Aesthetically significant”, the United States Library of Congress selected The Shawshank Redemption for preservation in the National Film Registry in 2015.

3 thoughts on “The Shawshank Redemption (1994); Watch Now and More”