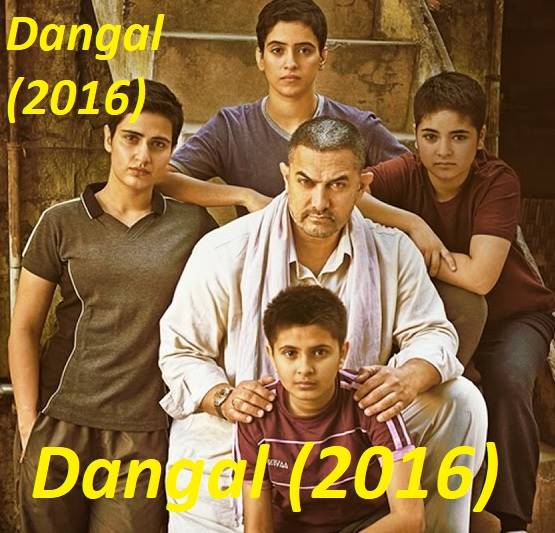 The film Dangal is directed by Nitesh Tiwari and produced by Aamir Khan. The film was premiered on December 21, 2016, in the United States, and was released on December 23, 2016, worldwide. The film received good reviews from critics from the beginning and was a hit right away. People around the world loved the film as it was based on a real-life story, and it was as close to a real story as possible. Amir Khan’s performance as Mahavir Singh Phogat was praised by the critics, and other performances by actors and actresses in the film also received good reviews. All the songs of the film Dangal were loved by the audience, especially the song “Hanikarak Bapu”, which was a huge hit on the internet. “Hanikarak Bapu” was nominated for a Mirchi Music Award in the Best Song of the Year category, and the two singers of the “Hanikarak Bapu”, Sarwar Khan and Sartaz Khan, won the Mirchi Music Award in the Upcoming Male Vocalist of the Year Award.

The song “Hanikarak Bapu” received the Mirchi Music Award nomination for the Best Song of the Year.

Dangal was nominated for 14 Star Screen Awards, of which it won 12 in total.

The film Dangal is based on the real-life story of Mahavir Singh Phogat, Geeta Kumari, and Babita Kumari. This is the story of Mahavir Singh Phogal, a former wrestler (Pehlwan), who trained his two daughters to wrestle, and led their way to the world championship. Mahavir was a National Champion and he had a dream to win the international wrestling award for his country, but he could not. So he trained his two daughters to live the life of wrestlers (Pehlwans) and bring glory to their country. Wrestling (Pehlwani) was considered the boy’s sports in India and no one could think that the girls would fight in a wrestling match but Mahavir was so determined that he made it possible for his girls to enter into wrestling matches against boys at local wrestling tournaments (Dangals) and actually win it.

Mahavir Singh Phogat was a former National Wrestling Champion. He was trained as a Pehlwan; Indian Wrestling Style. He wanted to go into international wrestling but his father made him compromise his career for a government job, as it was a regular income. He gave up his dream of becoming a world champion but he decided that he would train his unborn son to become a wrestler(Pehlwan), and he would bring the medal for his country. But unfortunately, no son was born to him, he had four daughters. He thought that it is not meant to be, he gave up his dream once again.

He tells his daughters that from now on they would live the lives of wrestlers (Pehlwans). He starts training Geeta and Babita. His method of training is very harsh, that the two girls can’t take it. He wakes them up at 5 am and makes them run for miles, and then the training is even more difficult. When they complain about his hard method and tell him that they don’t want to fight in the Dangal, cut their hair. Girls try so hard and play many tricks to make him give up all of this but Mahavir wants his daughters to succeed at this so he keeps going.

One day after Omkar (Geeta’s cousin and training partner), gets slapped by Mahavir for going with them at Geeta’s friend’s wedding, Geeta and Babita express their feeling in front of her friend. But their friend sides with their father and tells them that he wants them to succeed in life, and he is doing everything in his power so that his daughters would become someone one day. Geeta and Babita are moved by her words.

From the next day, Geeta and Babita start training with a full heart and are determined to achieve their father’s goal and to bring him the glory he is after.

When Mahavir thinks that his daughters are ready to fight the boys in wrestling matches (Dangals), he puts them in the matches against boys. Geeta and Babita, give him the results that he hoped they would. They win against the boys in the local tournaments and win local championships. Looking at her fighting techniques and wins, Geeta is selected for the state sub-junior championship, and she wins it easily. Then despite being younger and thinner than other girls, she enters into the Junior state championship and wins it too. Geeta and Babita make a winning streak at state championships and local Dangals that no one has ever seen.

Then Geeta and Babita are grown up. Geeta enters into the National Wrestling Championship and wins it easily, and brings the gold medal home.

After becoming the national champion Geeta is selected by the NSA, to fight as the international wrestler for India. And Geeta goes off to the NSA academy in Patiala.

In the National Sports Academy (NSA), a new coach trains Geeta to fight in the international matches. He changes Geeta’s fighting technique and Geeta starts losing her touch and starts to lose international matches. On the other hand, Mahavir is still training Babita, and Babita wins National Championship under her father’s coaching. Then she also moves to the NSA and promises her father that she would never forget what he has taught her.

Mahavir is so disappointed by Geeta’s performance, he decides to go to Patiala and train Geeta for the next Commonwealth Games, which are taking place in India. He starts training Geeta and teaches her new techniques. He also tells her that what mistakes she made in the previous international matches, and how she should fight for the next matches.

Geeta enters into the international wrestling in the 55kg category. Mahavir attends all her matches and coaches her while sitting in the audience. He plans the strategy for her and tells her how to fight against each opponent. While the NSA coach tells her exact opposite strategy. Geeta fights every match how her father tells her to fight and wins the International Gold Medal for her country.

Geeta brings the medal to her father in the stadium and hands him over his lifelong dream.