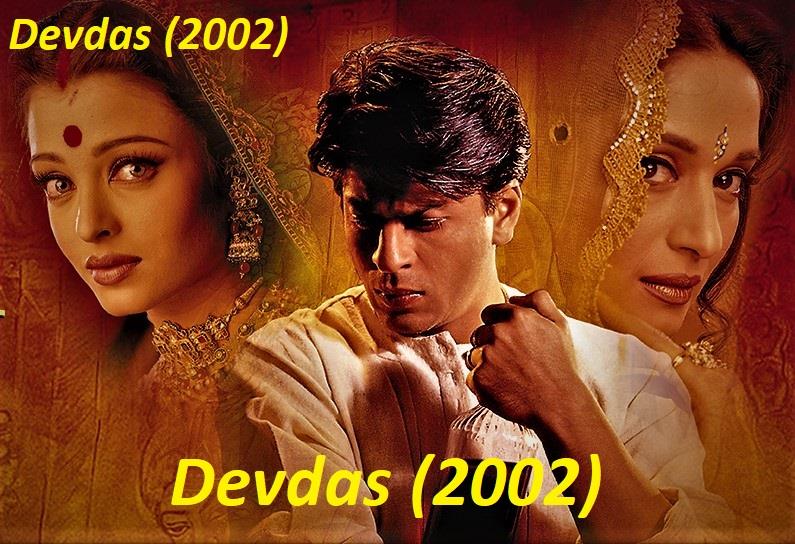 The film Devdas is based on Sarat Chandra Chattopadhyay’s 1917 novel of the same name. The film Devdas is directed by India’s one of the most talented directors, Sanjay Leela Bhansali. The film was released in 2002, and at the time it was Bollywood’s most expensive/costly film ever. The film’s budget was around $10.3m (50 crores Indian Rupees). It was released on July 12, 2002, worldwide. The film was successful in India and worldwide. It became India’s most successful movie of the year. Critics all over the world give Devdas good reviews and consider it as one of the greatest films ever made. In 2010, Empire Magazine listed Devdas on #74 on its list of “The 100 Best Films of World Cinema”. It was TIME Magazine’s Best film of the year, released worldwide in 2002. TIME also included Devdas in its list of “Top 10 Movies of the Millennium Worldwide”.

The film won the 11 Filmfare Award for Best Film, which was the most wins by a film at the time.

The film was nominated for an Academy Award in the Best Foreign Language Film.

It was also nominated for a BAFTA Award in Best Foreign Language Film.

The film tells the story of Devdas (Shahrukh Khan) who returns from London to his hometown in India. It is the 1900s. He returns home to marry his childhood sweetheart Paro (Aishwarya Rai). He is a Law Graduate, and he belongs to a wealthy family. And Paro belongs to a lower-class family (not as rich as Devdas’s family). His family does not want him to marry Paro and reject her. So he becomes emotional and starts drinking too much that he becomes an alcoholic. Then he seeks help from a courtesan: Chandramukhi (Madhuri Dixit).

In the early 1900s, Devdas returns home from England after 10 years. He had gone to London to study, and now he is a Law Graduate. Everyone at his home is so happy that he is finally returning. His mother Kaushalya informs her Neighbour Sumitra that he is returning soon.

Sumitra is Paro’s mother. Paro is Devdas’s childhood friend, who was so disturbed when he left for England that she lit an oil lamp to pray for his return and has never let it extinguish for over 10 years. Paro becomes so overjoyed when she hears that he is returning.

When Devdas returns and meets with Paro, their friendship immediately turns into love. They are so happy with each other that everyone expects that they will get married.

Devdas’s sister-in-law (Kumud) does not want him to marry Paro, as she wants him to marry her sister. She plays a scheme and reminds Devdas’s mother that Paro belongs to a lower-class family, they have a history of nautch girls and Nautanki performers. She convinces her that Paro does not deserve to be married to Devdas. His mother agrees with her and decides in her heart that she won’t let it happen. When Paro’s mother Sumitra shares her desire to marry Devdas and Paro, Kaushalya rejects her and humiliates her in public. She says that you belong to a lower-class family and are not worthy of making relations with the Mukherjee family. Sumitra is heart-broken by this, she angrily decides to marry Paro elsewhere. She arranges her marriage with a 40-years-old widower Thakur Bhuvan Chaudhry, who is richer than the Mukherjee family.

Devdas talks to his father to allow him to marry Paro, but his father also refuses. Then he leaves his home and goes to a brothel, where he meets Chandramukhi, a courtesan (Tawaif). Chandramukhi is a kind-hearted woman she first becomes Devdas’s friend and then falls in love with him. He writes a letter to Paro, saying that all of this was a lie and no love ever existed between them. He leaves the letter at the brothel. Then he realizes that he has made a mistake by writing all these things to Paro. He goes to Paro’s home and realizes that it’s her wedding day. He asks her to forgive him and not marry Thakur. But now Paro rejects Devdas and reminds her how he treated her and left her. He returns to the brothel and Paro marries Thakur with a heavy heart.

Thakur tells Paro that he has only married her to take care of his children and become the lady of the house. He tells her that he only loves his dead wife and will never love anyone again. Paro understands this and takes the responsibilities of the household. On the other side, Devdas is heart-broken, and he moves to Chandramukhi’s brothel and becomes an alcoholic.

Devdas’s father becomes sick and at his last moments he asks to see Devdas, but he arrives late and finds out that his father has already died. When he arrives he is drunk and creates a scene at the funeral and passes out.

Then he moves back into his home and finds out that Kumud (his sister in law) has stolen the keys to the family’s safety. He confronts Kumud about this but Kumud runs to Kaushalya and tells her that Devdas had stolen the keys. Kaushalya believes Kumud and tells Devdas to leave the house. Devdas returns to the brothel.

One day Paro’comes to the brothel and shouts at Chandramukhi angrily that he has made Devdas an alcoholic, but soon realizes that Chandramukhi is in love with Devdas. Then she talks to Devdas and tells him that he needs to stop drinking or he will die. But Devdas does not listen to her and tells her that he will come to her doorstep one last time before he dies.

Paro becomes friends with Chandramukhi and invites her to her home for a Durga Puja celebration. She introduces her to her in-laws and keeps her profession secret. But Kalibabu Bhuvan’s son-in-law, a regular brothel visitor recognizes Chandramukhi and tells everyone about her and humiliates her. He also tells Paro’s husband Bhuvan about Paro’s history with Devdas. After listening to this Thakur Bhuvan bans Paro from leaving the house.

Devdas becomes so ill from excessive drinking that even a single drop of alcohol could kill him now. He tells Chandramukhi that she must let him go. He then plans to travel the country by train. He then meets Chunni Babu, his childhood friend, who asks him to drink with him but Devdas refuses but he then asks him again to drink in the name of friendship, to which Devdas says yes. Devdas knows that it could kill him but he decides to drink with his friend.

On the brink of his death, Devdas goes to Paro’s house to honor his vow to visit her house one last time. And he falls under a tree right in front of her gate. Paro sees Devdas from within the house and starts running towards him. Thankur Bhuvan sees her running and tells his guards to shut the door. Devdas sees her one last time before the guards shut the door. Devdas draws his last breath and whispers her name and dies, and the lamp that Paro lit for him extinguishes.