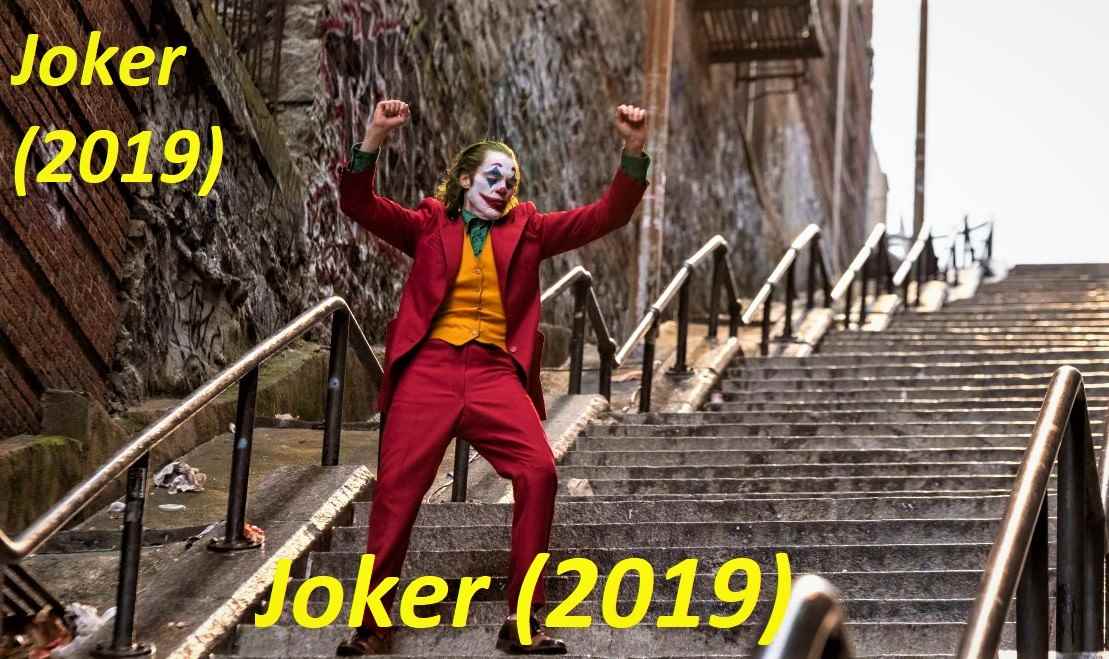 The 2019 American psychological thriller and crime drama Joker is one of the most loved, praised, and searched-for DC comic-based movies of all time. Joker (2019) stars Joaquin Phoenix, Robert De Niro, Frances Conroy, Zazie Beetz and others. Todd Phillips produced, directed, and co-wrote the screenplay with Scott Silver. Joker has told another story about the origin of the Joker character. The film set is in 1981, and tells the story of a failed clown and struggling stand-up comedian, Arthur Fleck, who has a condition named Pseudobulbar Affect. His failure and mental condition slowly making his descent into nihilism and insanity. Eventually, he ends up killing a few people and inspiring a violent revolution against the rich upper-class of decaying Gotham City.

Many great Hollywood actors appeared in this film in supporting roles such as Robert De Niro, Frances Conroy, Zazie Beetz, Glenn Fleshler, Brett Cullen, Bill Camp, Marc Maron, and Shea Whigham. Joaquin Phoenix became the cast member in the lead role in July 2018, while the rest of the cast signed on by August 2018.

Joker premiered on August 31, 2019, at the 76th Venice International Film Festival, and received the Golden Lion. Joker made its release on October 4, 2019, in the United States. Upon its release, Joker was a commercial hit. With its budget of $55-70 million, it grossed over $1.074 billion on its theatrical run worldwide and became the first and only R-rated film to do so. It also became the 6th highest-grossing film of 2019.

Although it was a box office success and the public loved and called it the best film of 2019 but Joker (2019) received mixed reviews from critics. Negative reviews put aside but Joker received high praises for its musical score, cinematography, dark tone, and portrayal of mental illness. And Joaquin Phoenix’s portrayal of the character Joker was highly praised by the critics. On the other hand, many critics criticized Joker for its dark tone, the portrayal of mental illness, and handling of violence, as they thought that it could lead to real-life violence.

Joker generated a lot of good reviews and high ratings on several movie rating websites. With a rating of  8.4/10 Joker (2019) is the 64th highest ranked film on IMDb. While it has a 68% approval ratings on Rotten Tomatoes, and 59% ratings on Metacritic. It was nominated for and received different local and international awards including 11 Academy Award (Oscar) nominations, along with awards and nominations from Golden Globe Awards, BAFTA Awards, Critics’ Choice Awards, and others.

A struggling stand-up comedian and a forever alone and failed clown Arthur Fleck has no one to care for him except his dying mother whom he takes care of. Fleck has a mental illness called Pseudobulbar Affect. He is bullied, mocked, and disregarded. He loses his low-paying job as a party clown and somehow ends up killing three Wallstreet guys. His mental illness and depression descent him into insanity and nihilism, and he transforms into a criminal mastermind known as Joker, and without knowing Joker inspires the poor lower-class of rotting and decaying Gotham City to raise a violent revolution against the rich upper-class of the City.

Overall Joker (2019) received a total of 234 award nominations from several major and small, local and international award shows, and it won 116 awards.

The Century 16 movie theater in Aroura, Colorado, where the 2012 mass shooting occurred during the screening of The Dark Knight Rises refused to screen Joker (2019).

According to Joaquin Phoenix, the toughest part of the film was perfecting the laugh of Joker. He watched the videos of people suffering from pathological laughs and based his laugh on it.

Joker (2019) is the first and the only R-rated film which grossed over $1 billion worldwide on its theatrical run.

Joaquin Phoenix lost around 52 lb to play the Joker and because of this much weight loss, the producers could not do the reshoots.

Joaquin Phoenix was good friends with the late Heath Ledger who played Joker in The Dark Knight (2008).

At the Venice Film Festival Joker (2019) received an eight-minute-long standing ovation on its premiere.

Phoenix and De Niro had some conflicts on the set of Joker and they hardly had any interactions with each other, other than the scene they were in together.

Robert De Niro is Joaquin Phoenix’s one of the favorite actors.

If you watch Behind the Scenes footage of Joker (2019) you would learn that many scenes were deleted from the film.