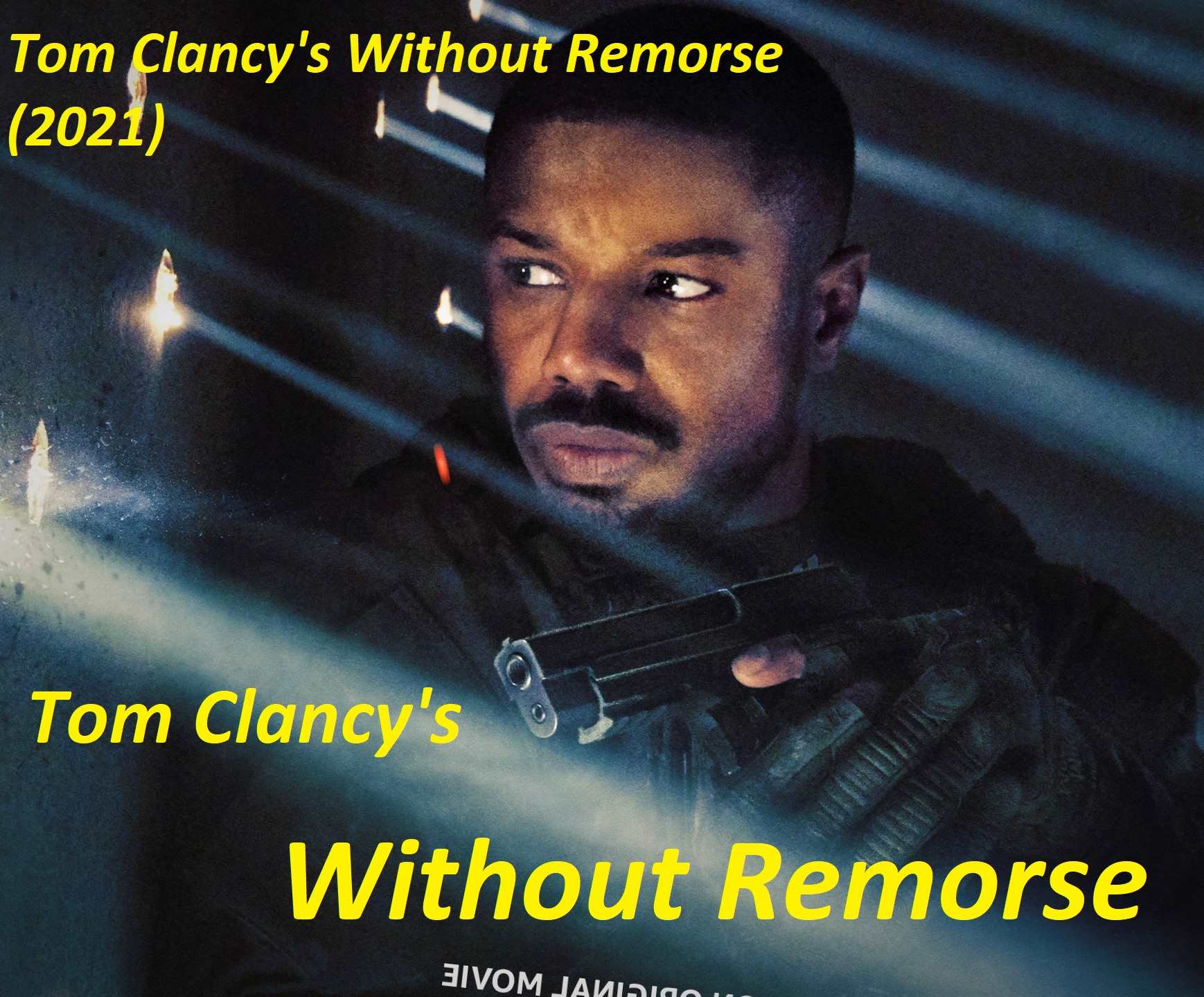 The 2021 American action-adventure thriller film Tom Clancy’s Without Remorse otherwise known as Without Remorse is based on the Jack Ryan film series and Tom Clancy’s novel of the same name. It follows the story of a U.S. Navy seal, John Clark, who is looking for revenge and justice for his murdered pregnant wife, and realizes that there is a deep conspiracy going on which would end in war between the United States and Russia.

Tom Clancy’s Without Remorse was initially scheduled to premiere on 18 September 2020 but its premiere was delayed because of the COVID-19 global pandemic. Paramount Pictures produced the film and was supposed to distribute it to, and they wanted a theatrical release. So they moved the release to 2nd October 2020, then to 26 February 2021, but to no good. In November 2020, Paramount Pictures officially took it off its theatrical release. They had been in talks with the Amazon Studio for a digital release on Prime Video since July 2020. And on April 30, 2021, Amazon Studios digitally released it on Prime Video.

The Mercury News’ Randy Meyers wrote of Without Remorse, that it is an elegant and ultra-violent spy-thriller, and Variety’s Owen Gleiberman liked the film and said that this is a very alive action-hero origin story, which also has violent combat sequences. He further said that the film demonstrates that how a talented lead actor can “heighten and bend the meaning of commercial thriller”.

David Rooney of The Hollywood Reporter wrote of the film as “pacey and punchy, buoyed by its magnetic lead” and also wrote: “The result is a solid entry in the Clancy screen canon — gritty, briskly paced, laced with vigorously choreographed fight scenes, explosive weapons action and twisty political intrigue that seems prescient as it taps into the most strained period in U.S.-Russian relations since the Cold War.”

The lead actor Michael B. Jordan and the lead actress Jodie Turner-Smith have received very good reviews for their performance as John Clark and Karen Greer, from the critics and the public.

The plot of Without Remorse

The plot follows the origin story of a U.S Navy Seal named John Clark, whose pregnant wife is murdered by some unknown figures. A squad of Russian soldiers kills his family in revenge/retaliation for his involvement/role in a top-secret operation. Clark goes on a mission to avenge his wife and learns that there is a big international conspiracy. The character of John Clark is one of the most famous characters from Tom Clancy’s Jack Ryan series.

John Clark joins forces with a CIA agent, Robert Ritter, and a fellow Navy Seal, Karen Geer, to hunt down the assassins who killed his family. Clark and his team are prepared to do anything to take down the people responsible for the murder of his family. Deep into their mission they unintentionally learn that there is a covert plan to put the United States and Russia against each other and start an armed war between them, that could destroy both countries.

Now, Clark has to make a tough decision, either he avenges his family or he saves his country from going into a major war. He has to fight his enemies without remorse if he wants to avoid the disaster of a U.S-Russia war, and reveal the powerful corrupt faces behind the conspiracy.

The renowned Italian director Stefano Sollima directed the film. Taylor Sheridan and Will Staples wrote the story and the screenplay. Tom Clancy’s Without Remorse stars Michael B. Jordan in the lead role, along with Jamie Bell, Jodie Turner-Smith, Jack Kesy, Luke Mitchell, Lauren London, Guy Pearce, Brett Gelman, and Colman Domingo. Without Remorse was 2021’s one of the most anticipated films.

Despite the main character being a Navy Seal just like in the novel, the film’s story has nothing to do with the novel.

In 1993, soon after the novel was published the writer Tom Clancy sold the rights of his novel “Without Remorse” to Savoy Pictures for $2.5 million.

This part explains the lead character John Clark’s association with the CIA, and how it began. Michael B. Jordan played the role of John Clark in Tom Clancy this film, a role that Liev Schreiber played in The Sum of All Fears (2002), and Willem Dafoe played in Clear and Present Danger (1994).

This is the second time that Michael B. Jordan and Jamie Bell are co-starring in a film. Their last co-starred in Fantastic Four (2015).

This is the second film in which Michael B. Jordan is playing a Navy Seal. He played a Navy Seal in the 2018 action film Black Panther.

as Victor Rykov, an ex-Spetznaz Officer

as Thomas Clay, Secretary of Defense