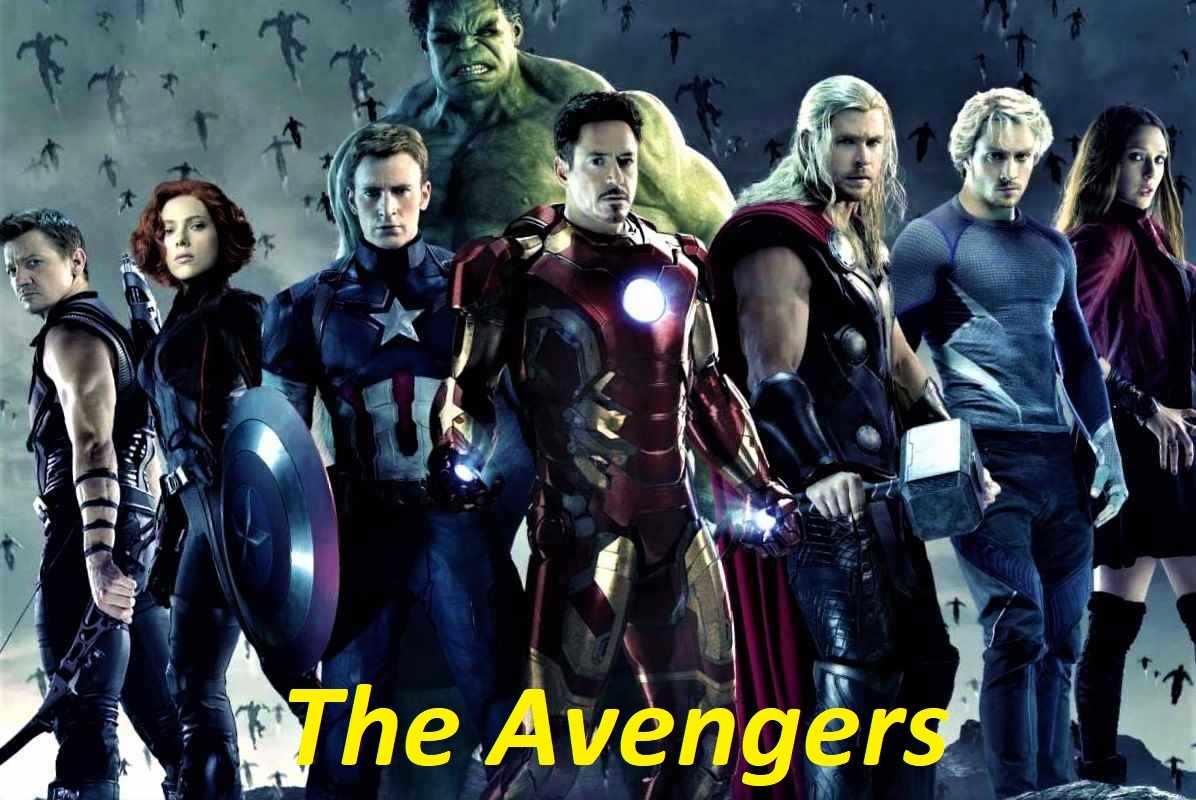 The Marvel Cinematic Universe (MCU) films are a series of American superhero films created by Marvel Studios and based on Marvel Comics characters. The movies have been in production since 2007, and Marvel Studios has produced and released 23 films during that period, with at least 14 more in different stages of development. Today we are going to discuss the Avengers.

Kevin Feige is the producer of all the Marvel Comic movies, though he has worked with several co-producers and directors in the films. He worked with Avi Arad in the first two films, with Amy Pascal in the Spider-Man movies, with Gale Anne Hurd in The Incredible Hulk, and with Stephen Broussard in Ant-Man and the Wasp.

Director of S.H.I.E.L.D. Nick Fury conceived the Avengers Initiative. He first pitched the concept to Tony Stark. As Bruce Banner struggled with life as the Hulk, the Asgardian Thor emerged on Earth, and Steve Rogers, AKA World War II hero Captain America, was discovered alive decades after his presumed death, Fury held an eye on some possible members. At the same time, Tony Stark had also been defeated by Obadiah Stane and had announced that he was the Iron Man. Meanwhile, Black Widow and Hawkeye, two of S.H.I.E.L.D.’s most skilled members, were making a name for themselves, and Fury was impressed by them.

Loki, the Asgardian trickster god, appeared on Earth and absconded with the Tesseract, a massively powerful object. Fury felt compelled to assemble his potential super squad, enlisting the help of Romanoff, Banner, Rogers, and Stark. Captain America and Iron Man were able to catch Loki with the help of Black Widow. Thor arrived on their return flight to S.H.I.E.L.D., seeking to get his brother back to Asgard to face justice. Thor and Iron Man got into a fight, but Captain America broke it up, and the party returned to the S.H.I.E.L.D. Helicarrier with their hostage, Loki. Loki revealed that it had always been his plan to be captured, which prompted Banner to transform into the Hulk. During a battle with Thor, Hulk came dangerously close to damaging the Helicarrier before crashing to Earth. Loki then ejected Thor from the Helicarrier in his own enclosed cell and recovered his scepter, which he used to destroy Phil Coulson. Hawkeye, who had arrived to assist Loki, was defeated by Black Widow, who managed to return her friend to his true self in the process. Loki went on to New York, where he opened a gateway into space with the aid of the brainwashed Dr. Erik Selvig, unleashing a destructive Chitauri force. Iron Man, Black Widow, Captain America, and Hawkeye were all driven by the tragic death of Phil Coulson to travel to New York to battle Loki and his invading Chitauri powers and were soon joined by Thor and Hulk, forming the Avengers for the first time.

Thus began the incredible, dangerous, and breath-taking, but at the same time a beautiful journey of the two teams.

When Loki poses a threat to the planet Earth, Nick Fury is forced to start the Avengers Initiative. His team of superheroes pooled their resources to complete the task.

Marvel’s The Avengers was released on April 11, 2012. The film received very good reviews from the critics, and the public loved it. The film was a commercial/box-office success. It grossed over $1.519 billion, while its budget was $220 million.

With the aid of Bruce Banner, Tony Stark constructs Ultron, an artificial intelligence device. When the sentient Ultron plots to exterminate mankind, the Avengers are sent to stop him.

Thanos, an intergalactic warlord, must be stopped from obtaining any of the infinity stones. Thanos, on the other hand, is willing to go to any extent to carry out his mad scheme.

Avengers: Infinity War was released on April 23, 2018, in the United States. Its budget was somewhere between $325 and $400 million, and it earned around $2.048 billion worldwide. It became the fourth-highest-grossing film of all time and the highest-grossing-film of 2018. It received some criticism but overall it was loved by the public. It also received several award nominations for its visual effects.

After Thanos, an intergalactic warlord destroys half of the world, the Avengers must reassemble and re-energize their defeated allies in order to restore balance.

Avengers: Endgame was released on April 22, 2019, in Los Angeles, and on April 26, 2019, in the United States. The film received very good reviews for its direction, musical score, visual effects, action sequences, acting, and emotional weight. Critics loved it for its perfect way of story combining and telling. It received multiple awards, and nominations, including Academy and BAFTA nominations. With its budget of $356 million, it made around $2.798 billion worldwide. It broke many box office records, and it became the highest-grossing film of all time. It has a 94% rating on Rotten Tomatoes, a 5/5 rating on Common Sense Media, and an 8.4/10 rating on IMDb.

Amazing Facts about the Avengers Movies