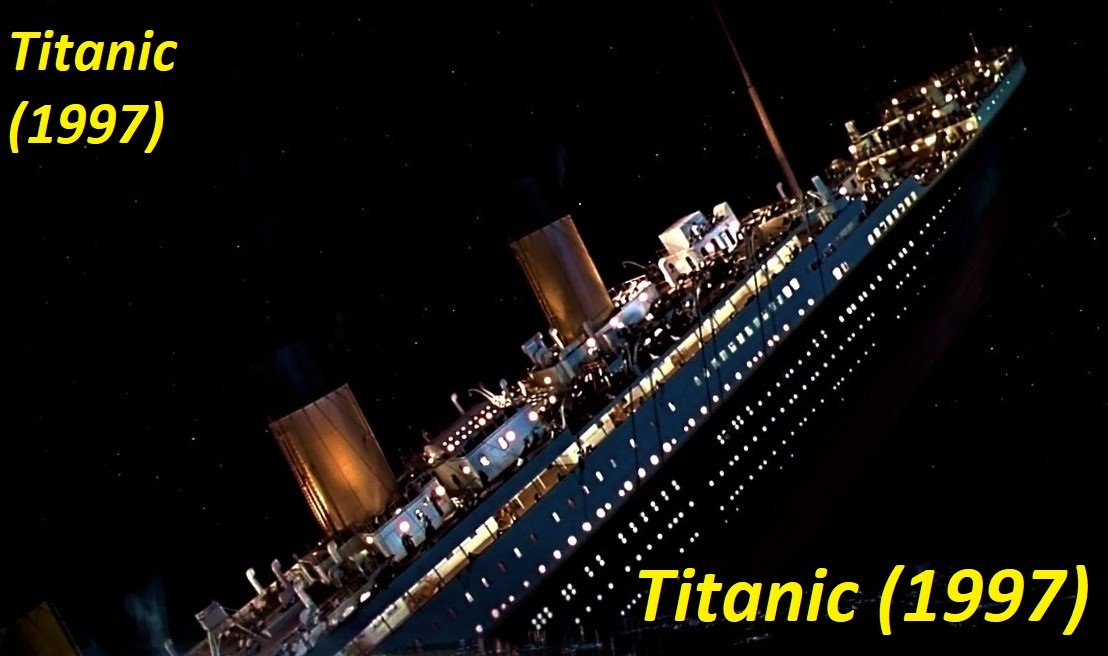 The 1997 American romance drama film Titanic is one of the best love/romantic stories of the Hollywood industry. Titanic premiered in 1997 and it has stood the test of time. It is still one of the most-watched and loved romance stories. Titanic (1997) stars Leonardo DiCaprio and Kate Winslet as lead characters of the film, who belong to totally different social classes and fall in love onboard the RMS Titanic, which sinks in the middle of the ocean.

The renowned Hollywood director James Cameron wrote, directed, and co-produced Titanic (1997). The Titanic premiered in Tokyo in November 1997, and in the United States in December 1997. Upon its release, it scored magnificent reviews from the critics and was a huge box office success. Titanic (1997) received 208 awards nominations from different award shows, of which it won 125 awards. The film was nominated for fourteen Academy Awards (most Academy Award nominations for a film), of which it won eleven awards, which is the most Academy Awards wins for a film, a record which Titanic holds along with Ben-Hur (1959), and The Lord of the Rings; The Return of the King (2003). With its budget of $200 million, Titanic grossed over $2.195 million worldwide and became the highest-grossing film of all time. Titanic (1997) holds an 89% approval rating on Rotten Tomatoes, 7.8/10 ratings on IMDb, and 75% ratings on Metacritic.

Rose DeWitt Bukater, a 100-years old woman, tells her own story to her granddaughter Lizzy Calvert, and her friends Brock Lovett, Bobby Buell, Lewis Bodine, and Anatoly Milkailavich. She tells them the story of her life 84 years ago in April 1912, on a ship named Titanic.

The young Rose Bukater boards the ship with her mother, Ruth Dewitt, and some upper-class passengers including her abusive fiance Caledon Hockley. On the other hand, an artist and a drifter Jack Dawson and his friend Fabrizio De Rossi, who belong to a lower-class, win the third-class tickets to board the ship in a game. Rose is so fed up with her engagement with Caledon, that she tries to commit suicide on the ship, but Jack saves her. They become friends and eventually fall in love in no time, which is unacceptable for Rose’s mother and fiance, the upper-class people who look down on Jack. In the middle of the ocean ill-fated ship, Titanic hits an iceberg and sinks and takes most of the passengers on board. Jack does everything he can to save Rose which costs him his life. And luckily Rose survives to tell the story.

Titanic received a total of 208 local and international award nominations of which it won 125 awards.

Titanic Song, ‘My Heart Will Go On’