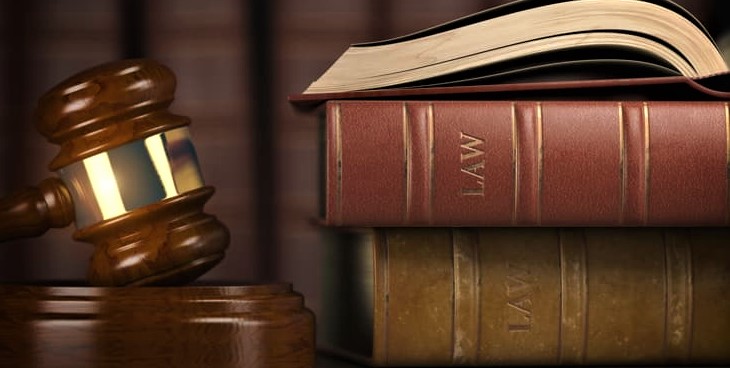 Frank Galvin, a Boston lawyer, removes his face from the shot glass for one last chance at salvation, pursuing a medical malpractice case against powerful attorney Edward Concannon.

Frank Galvin is a down-on-his-luck attorney who has resorted to drinking and chasing ambulances. Mickey Morrissey, a former associate, reminds him of his responsibilities in a medical malpractice suit that he served on a silver platter to Galvin: both parties willing to settle out of court. As he stumbles through the preliminary hearings, he realizes that the case should, after all, go to court: to punish the guilty, obtain a fair settlement for his clients, and regain his professional standing.

At the Guantanamo Bay Naval Base in Cuba, Daniel Kaffee, a US military lawyer, is defending two US marines accused of killing a fellow marine. As a result, the suspicion needle points to a colonel.

LT Daniel Kaffee, a Navy lawyer who has never seen the inside of a courtroom, defends two stubborn Marines accused of killing a colleague in this dramatic courtroom thriller. Kaffee is known for his laziness, and he had negotiated a plea deal. Cmdr. Galloway is appointed by Downey’s Aunt Ginny to represent him. LTJG Sam Weinberg is also on the legal team. The team gathers a lot of information, and Kaffee discovers that he’s made for trial work. The defense started with the fact that the victim, PFC Santiago, was given a “CODE RED.” Santiago was a complete jerk. Mistakes are not tolerated at Gitmo. Col. Nathan Jessup in particular. In Cuba, Jessup and two senior officers do everything they can to help, but Kaffee senses something isn’t right. A showdown between Jessup and Kaffee sets off the fireworks at the end of the movie.

In a murder trial, a dissenting juror gradually persuades the other jurors that the case is not as straightforward as it appeared in court.

The defense and prosecution have finished their arguments, and the jury is preparing to decide whether a young man is guilty or innocent of killing his father. What starts out as a simple murder case quickly turns into a detective story with a series of clues that raise doubt, as well as a mini-drama about the jurors’ biases and preconceptions about the trial, the accused, and each other. The action of the play takes place entirely on the stage of the jury room.

After his wife Joanna abandons them, Ted, a disinterested workaholic, develops a special bond with his son Billy. Joanna, on the other hand, reappears shortly after, seeking full custody of their son.

Ted Kramer is a career man who prioritizes his job over his family. Joanna, his wife, can no longer stand it and decides to leave him. Ted is now responsible for housekeeping as well as caring for himself and their young son Billy. Joanna reappears and demands Billy’s return once he has learned to adapt his life to these new responsibilities. Ted, on the other hand, is adamant about keeping him, so they go to court to fight for custody of their son.

A man is on trial for murder in Agatha Christie’s story, and the courtroom is full of surprises. Leonard is charged with the murder of a wealthy middle-aged widow, and his wife agrees to testify against him.

Sir Wilfrid Robarts, an ailing barrister, is thrust back into the courtroom in one of the most bizarre and eventful murder cases of his career when he is assigned to defend Leonard Vole, a man charged with the murder of a rich woman. With Robarts as his lawyer, the two are pitted against Leonard’s cold-hearted wife, Christine, who, in an unexpected turn of events, decides to testify against her husband in court.

Atticus Finch, a lawyer during the Great Depression, sets out to defend a black man accused of raping a white woman. Meanwhile, Scout and Jem, his children, keep an eye on their reclusive neighbor.

The year is 1932, and the setting is a small town in Alabama. Atticus Finch is a widower who works as a lawyer. Jem and Scout, his two young daughters, are his pride and joy. Tom Robinson, a black man accused of raping a white woman, is currently being represented by Atticus Finch. Meanwhile, Jem and Scout are fascinated by their Radley neighbors, particularly the mysterious and rarely seen Boo Radley.

When defense attorney Arthur Kirkland is obliged to defend a judge in a rape case who may be guilty, he faces a moral and ethical crisis.

A lawyer is obliged to defend a guilty judge while also defending other innocent clients and attempting to find justice for the guilty and the innocent. Arthur Kirkland is obliged to defend a judge who is accused of rape. Kirkland has had previous issues with the judge, including one incident in which the judge convicted his client Jeff McCullaugh incorrectly due to a technicality. Kirkland is caught in a moral and legal bind.

Sarah and her district attorney Katheryn set out to prosecute the rapists as well as the men who inspired them after they were gang-raped by three men in a local bar.

Sarah Tobias is gang-raped by three men at her local bar. Katheryn Murphy is the prosecutor in charge of the case, and she wants to show that even though Sarah had taken drugs and was acting provocatively in the bar that night, that was no reason for her to be brutally assaulted and that the men responsible should be brought to justice.

Army Lt. Manion, who killed a local innkeeper after his wife alleged he raped her, is represented by semi-retired Michigan lawyer Paul Biegler. Biegler negotiates with District Attorney Lodwick and out-of-town lawyer Claude Dancer to free his client over the course of a lengthy trial, but his case hinges on the victim’s mysterious business partner, who is concealing a dark secret.

After the IRA bombing in 1974, Gerry Conlon, a young Irish man living in London, is wrongfully sentenced to life in prison with his father. He spends the next 15 years trying to clear his name.

Gerry, a young Belfastian, says he was in London at the time of the incident. He also admits that he is not a perfect citizen, admitting to committing a petty robbery in London. He does, however, claim innocence in the 1974 bombing of the Guildford Pub in London, which resulted in the deaths of several people inside. He and his three co-accused, called the Guildford Four, are believed to be provisional members of the I.R.A. He is a self-described non-political person. Despite each having signed a statement of guilt that they claim was signed under duress, they maintain their innocence. Their case hinges on making verifiable alibis for the bombing’s time frame. Joe McAndrew, a known I.R.A. member, finally admits to the bombing. Seven others, mostly members of Gerry’s extended family, including his father Giuseppe, have been accused of being accomplices in the bombing, dubbed the Maguire Seven. Gerry continues Giuseppe’s work by launching a campaign to prove their collective innocence, which he does with the help of sympathetic lawyer Gareth Peirce. As Gareth works on this campaign, she runs into roadblock after roadblock erected by Robert Dixon, the police officer who led the initial investigation and questioning of the four accused.

After the insurance company refuses to pay for his life-saving operation, Rudy, a charming but inexperienced law school graduate, agrees to fight for a boy suffering from leukemia.

Rudy Baylor is a young attorney out to make a difference in the justice system. He is also the only hope of an elderly couple after their corrupt insurance company refuses to pay out a claim that could save their child’s life. In this judicial drama, Baylor rails against corporate lawyers, corrupt judges, and abusive husbands, all with the help of a fellow lawyer who hasn’t even passed his bar exam. He is facing long odds in the courtroom – and this is only his first case.

Mick Haller, a defense lawyer, wins a case defending the son of a rich realtor accused of raping a prostitute. Haller believes his client is innocent, but soon discovers evidence to the contrary.

Mick Haller is a defense attorney based in Lincoln, Nebraska. Haller is called in to defend a rich realtor accused of raping a prostitute. The man alleges the woman is attempting to extort money from him. However, when Haller examines the evidence against him, he discovers that this case may be related to one of his previous cases.

General Mireau decides to undertake a seemingly impossible mission to capture a German outpost. When his men decide to abandon the mission, however, he insults them.

A unit commander in the French army must deal with a mutiny of his men and a glory-seeking general after part of his force falls back under fire in an impossible attack, demonstrating the futility and irony of the war in the trenches during WWI.

Carl murders her assailants after his ten-year-old daughter is raped. He then faces a trial and enlists the assistance of his lawyer friend Jake Tyler to help him win the case.

The town of Clanton, Mississippi is appalled when Tonya Hailey, an innocent little African-American girl, is raped and beaten by two beer-guzzling rednecks. Carl Lee Hailey, enraged, decides that he can’t let those boys go free, so he takes matters into his own hands and murders them in front of a crowd of witnesses in the courthouse. Jake Brigance now has the task of clearing Carl Lee’s name. He has allies, but he’s up against the tough D.A. Rufus Buckley. Will he be able to show that a black man in Mississippi can get a fair trial?

Aaron Stampler’s life is turned upside down when he is accused of killing a priest. Things take a turn when Martin Vail, a well-known lawyer, agrees to take on his case.

When a young man named Aaron is charged with the assassination of Archbishop Rushman, hot-shot Chicago lawyer Martin Vail offers to represent him for free. Aaron was a homeless street boy before the Archbishop took him in. He’s timid and stammers when he speaks. Vail is convinced that Aaron is innocent, but after seeing a video that suggests Aaron may have had a legitimate reason to kill the Archbishop, he begins to doubt his conclusion. When Aaron screams at the psychologist who is examining him, a new personality, Roy, emerges. Vail cannot change Aaron’s plea because the trial is already underway, so he must find a way to bring his client’s condition. Aaron has a surprise in store for him as well.