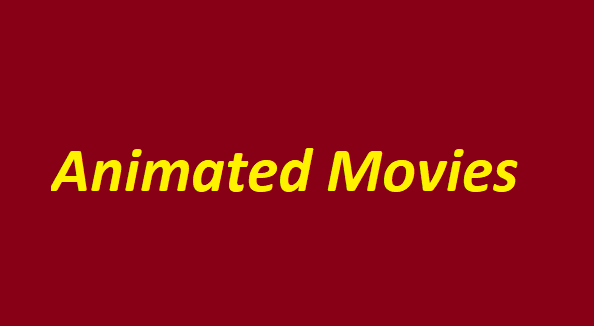 This is the list of 15 Best Animation Movies. This list is created by teleclips.info. The direction. story, plot, screenplay, acting, and rating of these movies are kept in consideration in making this list.

A list of Animated movies is not complete without the 2015 romance animation, Anomalisa, which tells the story of Michael Stone, a boring and lonely customer service representative who lives a boring life. He is fed up with his same routine every day. However, he meets an unusual woman named Lisa, a stranger, on a business trip and things change for him.

What good is an animation movies list if it doesn’t include The Lego Batman Movie (2017), which tells the story of a hardened criminal who is making an attempt to take over Gotham City, and goes by the name of Joker. So Batman joins forces with Barbara, the police commissioner’s daughter, and Robin, his ward.

The Incredibles 2 is number 13 on our list of the best Animation Movies, as it has one of the most loved characters in it, and the animation is just awesome. It tells the story of Helen who has a task to restore the public’s faith in superheroes. She goes on a mission to arrest a supervillain, who is trying to turn the public against superheroes and bring him to justice. While Bob stays home and handles the issues there.

The Lion King is one of the oldest and best Animation movies of all time and easily makes its place in every Best Animation Movies list. It tells the story of a young lion prince Simba, whose father has been killed by his evil uncle Scar. The heart-broken Simba leaves his land in despair but learns the true meaning of courage and duty on the road. Eventually, he meets a young lioness Nala and comes back to his land to reclaim his rightful throne.

The Toy Story series is one of the best amination series of all time, which tells the story of toys who come to life and embark on an adventurous journey. The toys live in a world where they are all alive but are dead when humans are around.

Caroline, a young adventurous girl does not like the life she is living and is fed up with the way her parents treat her. Caroline discovers a secret door in an old house where she just moved in with her parents. She enters into the door and goes through a passage to enter into a parallel world, where everything is different from reality. She finds that in the other world her parents love her and care for her, and all her dreams have come true but soon realizes that this parallel world is just as good as to entice her to stay, so she refuses her (other) mother’s offer to stay in this parallel world.

The 2017 adventure animation film Paddington tells the story of Paddington, a young bear, who is happily living with the Brown family, and he is a valuable member of the family. He decides to give the perfect gift to Aunt Lucy on her 100th birthday, a very unique pop-up book that he found at an antique shop. He takes on different jobs to save the money to buy the book. But the book is stolen, so he must track down the thief and recover the book.

The 2015 animation film tells the story of an eleven years old girl Riley, who has to move to San Francisco from Minnesota, as her father takes on a new job here. She is uprooted from her old life and struggles to adjust to the new one. Her five core and strong emotions Joy, Fear, Rage, Disgust, and Sadness instruct her on how to cope up with this life. Her most critical emotion, joy, try to make things easy for her, but other emotions disagree.

The Fantastic Mr. Fox is almost on every other best animation movie list, and it deserves to be, as it is as funny as it gets, and it tells a great story. Mr. Fox is a family guy and lives an easy life among his people, but his uncontrollable animal instincts make him move back to his stealing ways. He decides to make the last raid on a farm that belongs to his enemy farmers. Things turn sour and difficult when the three farmers decide to kill him and all his kind.

The 2008 adventurous animation film Wall-E, is among the best-animated movies of all time. It tells the story of a machine that cleans and uninhabitable and abandoned planet. He luckily meets EVE, another robot, who comes to the planet on a probe. Wall-E falls in love with her. Together they embark on a beautiful journey, that will eventually save mankind.

Spider-man: Into the Spider-Verse, easily makes its place in any best animation movies list. This action/adventure animation film tells the story of Miles Morales, who acquires superpowers after he is bitten by a spider. Soon he finds himself in the middle of a great war and joins forces with other spider people to save the multiverse from evil forces (Kingpin).

How to Train Your Dragon is perhaps one of the most beautiful animated works of all time, and always comes up whenever animation films are being discussed. It tells the story of a young Viking, Hiccup, who must kill a dragon in order to become a real man and to be initiated into his tribe. He ends up befriending the mysterious Night Fury dragon named Toothless. He discovers that his people have misjudged the species. They both learn that they must fight the ignorance that plagues their planet.

The 2007 family/comedy animation Ratatouille is one of a kind animation film, which tells the story of a rat named Remy, who wants to become a popular French chef. He does not realize that the people would never eat a meal cooked by him. Ratatouille is one of the most hilarious animated movies you’ll find. Its great story, turn of events, and funny comments make it one of the best in business.

The comedy/adventure animation Isle of Dogs easily makes it in second place on our list of 15 best-animated movies, as it has got all. It is funny, adventurous, exciting, and wondrous. It tells the story of a 12-years-old boy named Atari, who rides across the river to the Trash Islan in a miniature Junior-Turbo Prop, to find his dog, Spots, who has been banished from Megaski City along with other canine pets. There he meets with a pack of mongrel companions and embarks on a journey that will determine the future of the entire Prefecture.

The 2017 family/adventure animation film Coco easily makes on top of any best animation movies list. It tells the story of a young boy named Miguel, who desperately wants to become a musician, but his family’s long-standing ban on music comes in his way. He somehow ends up in the Land of the Dead where all the dead people live. There he meets a charming trickster Hector and becomes friends with him. They both then embark on a quest to learn the truth about the past of Miguel’s family.

ScreenRant’s The 15 Best Animated Movies of All Time

Sitters.co: The Best 15 Animated Movies to Watch with Your Children

4 thoughts on “Best Animation Movies of All Time (updated 2021)”