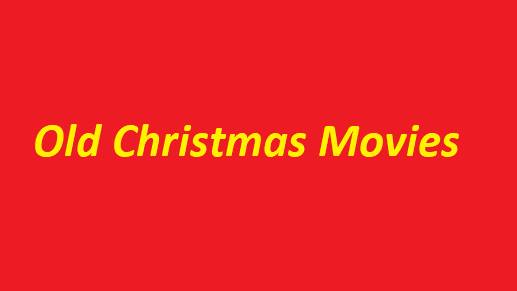 This is a list of 10 Best/Top Christmas Movies. All Movies included in this list were released at least 30 years ago, and they have passed the test of time. People around the world watch these movies during the Christmas holidays, to spend a Good Family Time.

This list is created by teleclips.info. The direction. story, plot, screenplay, acting, and rating of these movies are kept in consideration in making this list of Top Christmas Movies.

When he is inadvertently left home alone by his family during Christmas break, an eight-year-old troublemaker must protect his house from a pair of burglars. When his family leaves for France, Kevin is mistakenly left behind. He is pleased to be in charge at first, but when robbers attempt to break into his house, he tries to fight back.

Scrooge is visited by spirits that foretell his future and exchange secrets from his history and present, an elderly miser who dislikes Christmas, and that helps to shift his outlook on life. The Muppet characters tell their version of the classical story of the salvation of an old and bitter miser on Christmas Eve.

Inadvertently, a boy breaks three crucial rules about his new pet and unleashes on a small town a horde of malevolently mischievous monsters. With three very unique orders, Billy’s father gets him a pet from China. However, it unleashes a swarm of monsters when Billy does not pursue them.

A little boy named Ralphie tried to persuade his parents, his teacher, and Santa in the 1940s that a Red Ryder BB gun was really the ideal gift for Christmas. Ralphie spends much of his time dodging a bully (Zack Ward) and dreaming of his perfect Christmas present, a “Red Ryder air rifle.” Ralphie struggles to make it to Christmas Day with his glasses and his dreams intact, always at odds with his cranky dad (Darren McGavin) but comforted by his doting mother (Melinda Dillon).

George Bailey (James Stewart), is standing on the bridge and thinking about ending his life to get away from all his problems. And on the other side the angels are discussing George’s life and the audience see his life in flashbacks. Then his Guardian Angel shows him what his town would look like if it wasn’t for him.

Kris Kringle (Edmund Gwenn), plays Santa Claus at the Thanksgiving Day Parade of Macy, in replacement of another guy. He does the job so well that he starts appearing as Santa regularly for Macy’s main store in Manhattan. Soon he claims to be the real Santa Claus, which leads to a lawsuit to determine if he is mentally ill or he really is the real Santa.

It is a short animation film based on the 1957 book of same name by Dr. Suess. It tells the story of a Grinch who come down from the caves and tries to steal/ the Christmas of people of Whoville; a small town right beside the hill in which the Grinch Lives alone in a cave.

Klara Novak (Margaret Sullavan) and Alfred Kralik (James Stewart), both work at a General Store; Matuschek and Company, in Budapest. The two co-workers don’t get along and are usually in disagreement with each other. Little do they know that they have fallen in love with each other.

This is a great movie with great songs and story. Jim Hardy (Bing Crosby), is betrayed by Lila Dixon (Virginia Dale) a day before Christmas. Lila runs off with her dance partner Ted Hanover (Fred Astaire). Jim then moves to another town and opens a Holiday Inn with Linda Mason (Marjorie Reynolds), which only operates on the Holidays. Then Ted once again comes into Jim’s Life, only to steal Linda from him.

One thought on “Top Movies to Watch on Christmas, Old Christmas Movies”