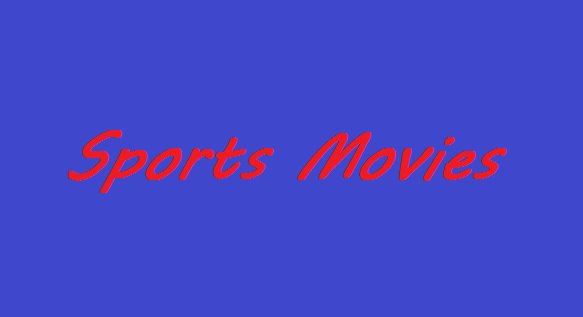 Below is the list of fifteen Sports Movies. This list is made by teleclips.info. The direction. story, plot, screenplay, acting, and rating of these movies are kept in consideration in making this list.

An owner of a sporting goods store accepts the role of basketball coach at his former high school, where he was a champion athlete. Disgusted by his players’ actions, he sets out to change things.

Ken Carter takes the position of basketball coach at his old high school in a low-income Richmond neighborhood in 1999. Carter is as dismayed by his players’ poor attitudes as he is by their poor play performance, and he sets out to improve them. He enforces a stringent regime, which involves written contracts that require players to behave professionally, adhere to a dress code, and earn good grades. Any initial skepticism is quickly dispelled as Carter’s squad becomes an unbeaten rival. Carter, on the other hand, takes decisive action when the overconfident team’s conduct starts to stray, with so many students performing poorly in class. Carter cancels all team activities and locks the court before the team demonstrates satisfactory academic success, much to the chagrin of the team, the school, and the community. In the ensuing debate, Carter struggles to preserve his methods, determined to show the boys that good morals are important for their futures, and learns that he has had a greater effect on them than he ever thought.

A middleweight makes his way up the ranks to get his first crack at a boxing championship. Yet his paranoia, envy, and anger in his personal life stifle his professional development.

Jake LaMotta is a prizefighter as he enters a boxing ring and destroys his opponent. When he treats his family and friends the same way, he’s a ticking time bomb waiting to blow. Despite LaMotta’s desire for his family’s affection, something still seems to get in the way. Perhaps it’s his paranoia and jealousy outbursts. This kind of rage helped him become a champion, but in real life, he always finds himself alone in the ring.

Frankie, an irritable elderly coach, reluctantly decides to train Maggie, an aspiring boxer. He helps her become the best after being impressed by her ambition and abilities, and the two quickly develop a near bond.

Maggie Fitzgerald, an aspiring boxer, wants Frankie Dunn to teach her because she wants to learn from the best. He flatly refuses at the start, stating that he has no interest in training a child. Frankie’s life is lonely, as he is estranged from his only daughter and has few friends. Maggie is a little rough around the edges, but she puts in a lot of effort in the ring, and he finally gives in. Maggie proves to be not only the boxer he’s always wanted under his wing but also a friend who fills a gap in his life. Maggie’s career takes off, but an unfortunate incident in the ring causes her to ask Frankie for one last favor.

The “Rumble in the Jungle” between champion George Foreman and challenger Muhammad Ali took place in Kinshasa, Zaire, on October 30, 1974, and is possibly the most successful heavyweight championship boxing match of all time. This documentary investigates the relationship between African-Americans and the African continent during the Black Power period in terms of popular culture and international politics, including the violence of then-dictator Mobutu Sese Seko, using historical footage and new interviews.

Boxing is a family affair for Micky Ward (Mark Wahlberg). His boss is his tough-as-nails mother. Dicky (Christian Bale), his half-brother and former promising fighter, is his untrustworthy mentor. Micky is losing despite his efforts, and when the latest fight nearly kills him, he takes his girlfriend’s advice and leaves the family. Then Micky becomes a world title challenger, giving him — and his family — a chance at redemption.

Ray, an Iowa farmer, feels compelled to act after hearing a strange voice in his cornfield say, “If you create it, he will come.” Despite ridicule, Ray builds a baseball diamond on his property with the help of his wife, Annie. Following that, the ghosts of great players, led by “Shoeless” Joe Jackson, emerge from the crops to play ball. But, as Ray discovers, this world of dreams is so far more than bringing out retired baseball greats.

James Hunt and Niki Lauda are two highly qualified Formula One racers who have a fierce rivalry. Their hatred, on the other hand, is what drives them to their limits.

The film is based on the true story of a great sporting rivalry between handsome English playboy James Hunt and his methodical, brilliant opponent, Austrian driver Niki Lauda, during the sexy, glamorous golden age of Formula One racing in the 1970s. The film follows their very contrasting personalities on and off the track, as well as their loves and the unforgettable 1976 season in which both drivers were willing to risk everything to win the world championship in a sport where there is no space for error: if you make a mistake, you die.

Brian Clough tries to outperform his boss, Don Revie; the rivalry, which goes back to 1968, leads Clough to make rash decisions, which cost him his job just 44 days after taking over as Leeds manager.

Formerly effective manager Brian Clough’s abrasive attitude and strong disdain of the players’ dirty style of play ensure that there will be tension after he takes over England’s top football club Leeds United. A glimpse into his past explains both his animosity toward former boss Don Revie and how much he misses his right-hand man Peter Taylor, who has remained loyal to Brighton & Hove Albion throughout his career.

Rocky Balboa, a struggling fighter, is given the opportunity to face heavyweight champion Apollo Creed. Rocky enters the ring in an attempt to gain recognition and glory, oblivious to the difficult challenge that lies ahead of him.

Rocky Balboa is a struggling boxer who works as a debt collector for a pittance in order to make it big. When heavyweight champion Apollo Creed comes to Philadelphia, his promoters plan to arrange an exhibition bout between Creed and a struggling fighter, touting the contest as a chance for a “nobody” to become a “somebody.” The match is supposed to be easy for Creed to win, but no one told Rocky, who sees this as his only chance to make it big.

Seabiscuit, a horse with a slight limp, is matched with Tom Smith, a trainer. During preparation, they develop a bond and, as a result, overcome their disadvantages.

SEABISCUIT comes to the rescue in an age when Americans urgently needed inspirational figures to help them forget their troubles. As it interweaves the relationships between horse, jockey, trainer, and owner and their adoring fans, the film tells a touching tale of friendship and commitment in rehabilitating the main characters’ broken lives. The film faithfully depicts the real people and events of those turbulent days, as well as how Seabiscuit “fixed us all, every one of us.”

Billy Beane, the general manager of the Oakland Athletics, has the lowest salary limit in baseball. Billy must find a tactical advantage if he ever hopes to win the World Series. When Billy uses statistical data to assess and value the players he selects for the squad, he is about to turn baseball on its head.

William Gates and Arthur Agee, two African-American teenagers from Chicago’s inner city, commute 90 minutes each way to St. Joseph High School in Westchester, Illinois, a predominantly white suburban school known for its basketball program. Gates and Agee aspire to be NBA stars, and they battle the social and physical challenges that stand in their way with the help of their close-knit families. This critically acclaimed film was made over the course of five years.

Since he is too old to pursue his wrestling career, an ageing wrestler fails to keep up with life. He knows that he must accept what life has to do at this point in time and move on.

This is a drama about an aging former wrestler who has outlived his prime and now ekes out a living doing small wrestling shows in VFW halls and working part-time at a grocery store. He tries to come to terms with his life outside the ring by working full time at the grocery store, attempting to reconnect with the daughter he lost as a teenager and developing a stronger relationship with a stripper he has romantic feelings for as he faces health issues that could end his wrestling career for good. He struggles with his new life and an offer of a high-profile rematch with The Ayatollah, his 1980s arch-nemesis, which could be his ticket back to stardom.

Crash Davis, a seasoned baseball catcher, is hired to mentor Ebby Calvin ‘Nuke’ LaLoosh, a bumbling rookie. Both of them, though, quickly became involved with Annie, a sports fanatic.

Crash is an ageing minor league baseball player who was called up from another team to help a young pitcher who was having maturity issues. Both of them become involved with Ann, a baseball fan who has her own take on the sport.

One thought on “Top 15 Sports Movies of All Time, Amazing Movies(updated 2021)”