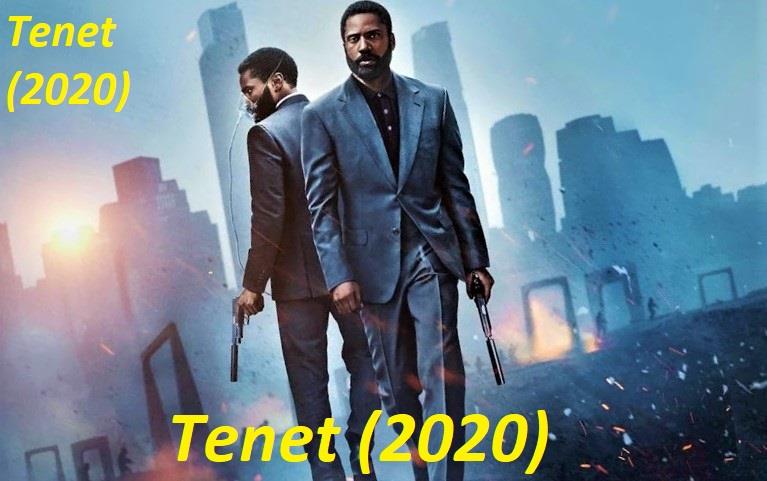 Tenet was released in the United Kingdom on August 26, 2020, and in the United States on September 3, 2020. With its budget of $200 million, it grossed over $363 million worldwide, despite the fact that the global pandemic of Covid-19 has affected theatrical releases very badly.

The plot of Christopher Nolan’s Tenet has proven to be one of the most interesting mysteries of the year 2020. The plot of Tenet, it turns out, is still a mystery to those who have seen it. Also, fans of the film must confess that they have no idea what’s going on half the time due to hurried cinematography, blink-and-you’ll-miss-it editing, and reliance on verbal exposition that is hindered by the film’s muffled sound mix. Tenet, just like many other of Christopher Nolan’s films is very hard to understand in a single watch. But this article will give you and good idea about what’s going on in the film. And it will also help you understand the different terms used in the film.

Here is the explanation of some key things that will help you understand the movie Tenet (2020).

How Time works in Tenet, and Understanding Inversion

Tenet isn’t so much about time travel as it is about manipulating time. Rather than skipping decades ahead, the characters can rewind and fast-forward through time. This central principle is known as inversion, and it’s made possible by a new technology that can reverse the entropy of people and things. Luckily, you don’t need to understand what entropy is to gain from it. When somebody uses inversion, they have the power to travel backward in time for an almost endless period of time—to the point that they can communicate with an older version of themselves. Inverted time, on the other hand, continues to flow at the same rate, so if you want to go to an occurrence that happened a week ago, you’ll have to wait a week. When a person or thing moves through a temporal turnstile, an inversion occurs. Tenet’s bad guy, Andrei Sator, designed the turnstiles, which are usually located in a wide room. They appear in many locations in Tenet, but the first time is during the Freeport sequence when the Protagonist is battling a masked trooper. Passing through a temporal turnstile inverts anything that goes through it. Time is reversed once on the other hand, but only for the entity or individual who went through; for everyone else, time continues to move forward. As a result, rather than being shot by a gun, an inverted bullet is captured by it. Cars seem to be driving backward. People in reverse time are unable to breathe air backward, so they must take oxygen machines with them.

At first glance, inversion does not appear to be especially risky. However, it turns out that the inversion technology’s creator allowed it to be weaponized into an entity known as the Algorithm, which is capable of inverting the entirety of time rather than just individual objects, this Algorithm is known as Plutonium-241.  The inversion maker regretted her actions and decided to commit suicide, but before her suicide, she broke the Algorithm into nine physical pieces and hiding them at different times. The Algorithm would trigger all events on Earth to start flowing backward if all the pieces were piled together to reconstruct the final formula, and it would be the destruction of everything that ever lived or happened, as explained by Neil in the film. Sator is a member of a group attempting to obtain the Algorithm and reverses time in order to reverse the impact of climate change and other damage that the present has brought on the future.

This establishes the central plot of Tenet: the Protagonist must retrieve the Algorithm’s final piece in order to prevent the world from ending.

The pincer movement is a tactical task force strategy in which an opponent is struck from both sides at the same time. Tenet’s pincer entails two task teams approaching a goal from opposite directions in time — forward and backward — hence the “temporal” component. To understand Temporal Pincer, one should pay close attention to the color-coded things in the movie; such as, red, which means forward movement through time, blue, which means going backward in time. And if a person is wearing an oxygen mask it means he is inverted in time.

Throughout the film, there are a few different temporal pincer movements. During Tenet’s highway car chase series, Sator executes a pincer. This is the first pincer sequence in the film is when Neil and the Protagonist successfully grab the final piece of the Algorithm. The two then see an Audi approaching them on the highway in reverse. Sator (wearing an oxygen mask) is holding Katherine at gunpoint inside the inverted car. As he counts down from three, he prepares to shoot her, another car on the road in front of them flips right side up and starts driving in reverse. The Protagonist hands over the Algorithm piece by bouncing the case off the second inverted car into Sator’s Audi as Katherine’s life is threatened. As the Protagonist hops into the Audi and rescues Katherine, Sator flees in another car. The Protagonist is then seized by Sator’s crew and taken to a warehouse with a turnstile for questioning. As the Protagonist enters the red side, he sees Sator and Katherine approaching the turnstile in reverse. Sator approaches the Protagonist on the other side of the glass (in a blue room to highlight his inversion) and interrogates him, finally shooting Katherine with an inverted bullet. The Protagonist seems to agree, handing over the Algorithm piece to the inverted Sator. A non-inverted Sator enters the Protagonist’s room at this stage to challenge him once more. Sator joins the past through the turnstile as Commander Ives and his backup arrive to assist the Protagonist, setting up the events you just witnessed. After informing Ives that he lied to Sator about the spot, the Protagonist follows Sator through the turnstile. Now you can see how the highway incidents unfolded in the past. The protagonist gets into a car and pursues the antagonist. It’s at this stage that you know the second reversed car is an inverted Protagonist on his way to save the day. Sator, on the other hand, discovers the lie and threatens the Protagonist, flipping the car over and leaving him for dead. Neil informs the Protagonist that Sator has the final Algorithm piece after he awakens. You don’t see  Sator snag it — he just blows up the Saab with the inverted Protagonist — but Neil assures the audience that he’s retrieved it.

Tenet is the name of the company that the Protagonist established to ensure that the Earth’s timeline runs smoothly. It’s also a palindrome, meaning it’s pronounced the same way in both directions, and an interlocking hand gesture that suggests the passage of time backward and forward.

A single word is given to a secret agent who is sent to prevent the outbreak of World War III. In order to accomplish his quest, he must pass through time and defy the laws of nature.

A Protagonist travels through a twilight world of international espionage on a quest that will unfold in something beyond real-time, armed with just one word, Tenet, and battling for the survival of the entire world.

The “Protagonist,” a CIA agent, takes part in an extraction operation at a Kyiv opera house. By “un-firing” a bullet through a gunman, a masked soldier wearing a red trinket saves his life. The Protagonist is kidnapped by mercenaries after stealing an item. He is tortured and cyanide is eaten. When he wakes up, he learns that the cyanide was a test of allegiance and that his team has been killed and the artifact is lost. Tenet is an agency that recruits the Protagonist. Bullets with “inverted” entropy, which means they travel backward in time, are explained to him by a scientist. They tend to be made in the future, and other inverted objects appear to be remnants of a future war, according to her. The Protagonist meets Neil via a CIA contact, and the two work together to track down the inverted bullets to Mumbai arms dealer Priya Singh. They discover that Priya is a Tenet member and that Russian oligarch Andrei Sator purchased and inverted her cartridges.

Sator’s estranged wife Kat, an art appraiser who wrongly authenticated a forged Goya painting, is confronted by the Protagonist in London. She informs him that Sator bought the drawing from Arepo, the forger, and is using Kat’s authentication as a form of coercion to retain power over their relationship. The Protagonist and Neil devise a plan to steal the drawing from an Oslo Airport freeport storage facility. They are defending themselves against two masked men who appear to emerge from a turnstile. Priya then states that the turnstile is a mechanism that can invert the entropy of objects and individuals and that the masked men were the same individual moving through time in opposite directions. Kat introduces the Protagonist to Sator on the Amalfi Coast, Italy, and discovers the drawing is still intact. Sator tries to kill the Protagonist, but after Kat attempts to drown him, the Protagonist saves his life. Sator and the Protagonist form an alliance to recover a case allegedly containing plutonium-241.

The Protagonist and Neil ambush a convoy in Tallinn and snatch the package, which contains the artifact that was lost in Kyiv. An inverted Sator ambushes them, leaving Kat hostage. Sator is given an empty case by the protagonist, who retreats after obtaining it. He saves Kat, but he is quickly apprehended and taken to a warehouse with a turnstile.

The inverted Sator shoots Kat with an inverted round in the warehouse, while the non-inverted Sator demands the artifact’s location. Tenet agents led by Ives arrive and rescue the Protagonist, while Sator flees through the turnstile. Kat is taken via the turnstiles, which are inverted and Kat’s bullet wound is reversed. The now-inverted Protagonist returns to the ambush spot, where he tries to recover the artifact but is stopped by Sator. The Protagonist’s car flips and catches fire, but Neil saves him and reveals that he is a Tenet member. Neil, the protagonist, and Kat move back in time to the Oslo freeport. Neil and Kat watch the Protagonist as he battles his past self, reaches the turnstile, and reverts. Priya later explains that Sator is gathering the objects in order to assemble an “algorithm” capable of catastrophically inverting the Earth’s entropy.

Sator is dying of pancreatic cancer, Kat reveals. They discover that Sator is triggering the algorithm with a dead man’s turn. Sator, Kat claims, will travel back in time and commit suicide during their vacation in Vietnam, causing the world to die along with him at the last moment he was happy. The protagonist, Neil, Kat, and the Tenet troops move back in time to that day, where Kat disguises herself as her younger self in order to keep Sator alive long enough for Tenet to secure the algorithm. Tenet follows the algorithm to Sator’s hometown in Northern Siberia, where it is kept under tight protection. They begin a “temporal pincer movement,” with non-inverted red team troops fighting at the same time as inverted blue team troops. An inverted blue-team soldier wearing a red trinket sacrifices himself to save the Protagonist and Ives at a crucial moment. Meanwhile, Kat assassinates Sator in Vietnam, just as the Protagonist completes the algorithm.

Neil and Ives, the protagonist and antagonist, split up the algorithm and part ways. Neil is wearing the red trinket, which the Protagonist sees. Neil discovers that he was recruited by the Protagonist in the future and that this mission marks the end of a long relationship for him. Priya seeks to murder Kat, but she is killed by the Protagonist, who learns he is Tenet’s mastermind.