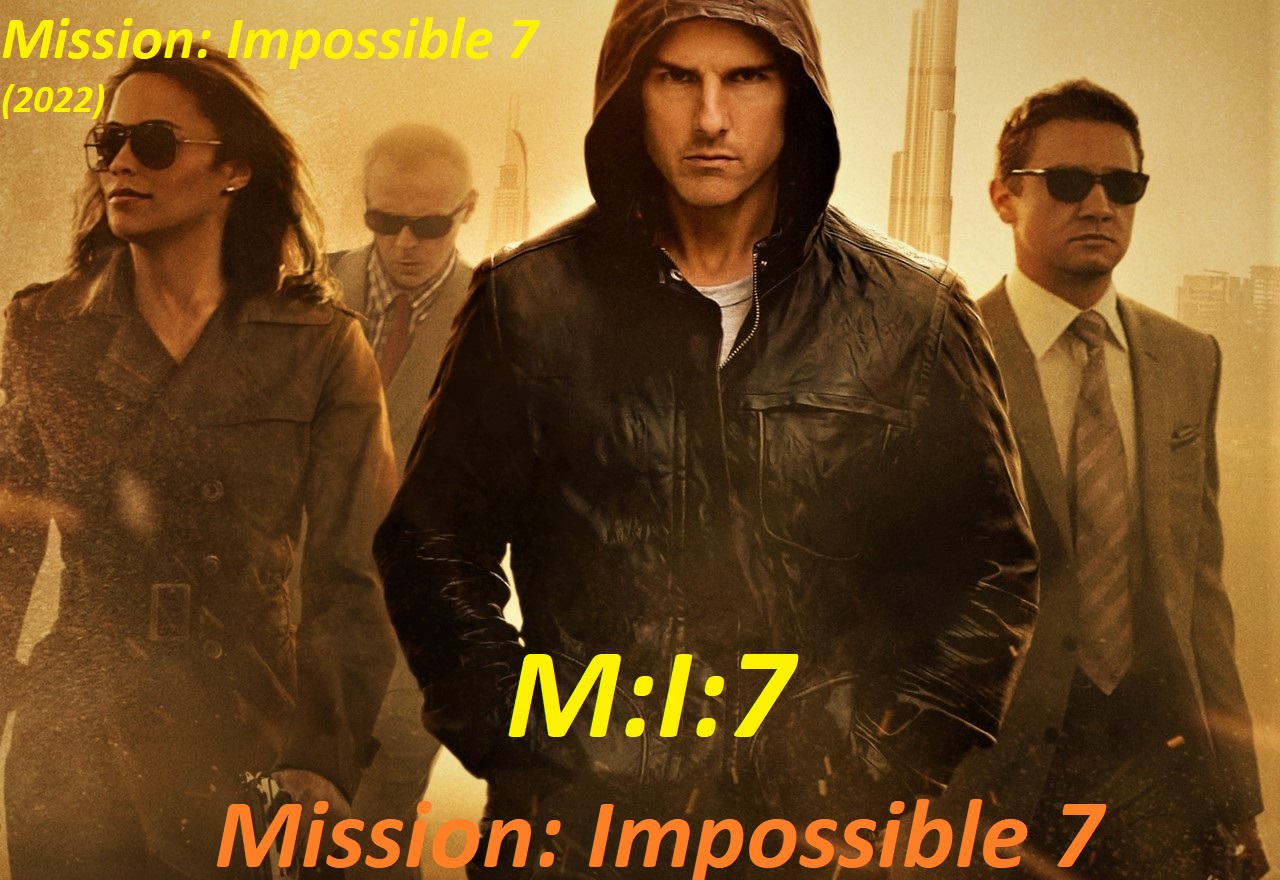 The Mission Impossible franchise has released a total of six films over the years. All of the films were a commercial and critical success. The collective box office earnings of six films are around $3.570 billion worldwide against a collective budget of around $828 million.

Mission: Impossible 7 will premiere in the United States on 27 May 2022. Paramount Pictures will distribute the film. The film will also be available for live streaming on Paramount+ in the same month (July 2022).

Mission: Impossible 7 is the seventh installment in the film series. The story of the series follows and revolves around its main character Ethan Hunt and his team Impossible Mission Force (IMF). The plot of the film is yet unknown, and no official trailer/teaser has been released. There is still a lot to be available about Mission Impossible 7.

as Ethan Hunt, the leader of an IMF team and an IMF agent (Lead Role).

as Alanna Mitsopolis, Max’s (from the first film) daughter.

as Eugene Kittridge, Ex-Director of IMF.

as Zola Mitsopolis, an enforcer and Alanna’s brother.

as Erica Sloane, Director of CIA.

In May 2020, NASA revealed on its official Twitter account that a Tom Cruise production perhaps MI7 will show original shots taken in the international space station. MI7 will be the first feature film to include outer space shots if done successfully. The CEO of SpaceX replied to this tweet by saying that, this “Should be a lot of fun.”

Ving Rhames and Tom Cruise have played main roles in all Mission Impossible films. They are the only cast members who have appeared in all seven movies. Simon Pegg is another one of the main characters of the film, he has appeared in every part since the third part of the film.

Tom Cruise witnessed some crew members not following Covid-19 guidelines, so he got angry and shouted at them and made it a very big deal multiple times. Five crew members quit the film because of this. George Clooney and some other actors supported Tom Cruise for this.

While filming MI7, Tom Cruise was the same age as Jon Voight when he filmed the first film.

MI7’s production, filming, and release faced a lot of problems because of the Covid-19 outbreak.

They were supposed to film in Venice for three weeks in February 2020, but it got canceled due to the coronavirus outbreak.

12 of the crew members tested positive for coronavirus while filming in Italy. So when they went to the UK for shooting, Tom Cruise paid £500,000 for a cruise ship so that the cast and crew members could isolate themselves on it.

They originally planned that they will film the 7th and 8th part of the series back to back, but they canceled this plan, as Covid-19 made things very difficult.

Mission Impossible film series is Tom Cruise’s one of the best films, he is well known around the world for his lead role as Ethan Hunt in the film.

Ethan Hunt (Tom Cruise) is on the run from the IMF as he is framed for the brutal killing of his IMF team members during a mishandled mission. He must find and bring to justice the person he framed him and clear his own name.

Ethan comes back to action and teams up with a professional thief Nyah Nordoff-Hall, to bring down Sean Ambrose, a bad IMF agent, who plans to steal a deadly virus and start a global pandemic, and then sell the antidote to the highest bidder.

MI 2 was also a big commercial success. With its budget of $125 million, it grossed around $546.4 million worldwide. It received mixed reviews. It holds a 57% approval rate on review aggregator Rotten Tomatoes, a 6.1/10 rating on IMDb, and a 3.5/5 rating on Vudu.

Ethan Hunt’s (Tom Cruise) fiancee Julia Meade (Michelle Monaghan) does not know about his true work, she is unaware of his IMF identity. Ethan brings together a team of IMF agents to make a stand against and bring down an information broker and an arms dealer Owen Davian (Philip Seymour Hoffman), who is preparing to sell a dangerous and mysterious object known as “The Rabbit’s Foot.”

With its $398.5 million worldwide earnings, MI3 was also a commercial success. It also received good reviews from critics. On the online movie rating site Metacritic, it has a 66% rating, on IMDb, it has 6.9/10 ratings and on Rotten Tomatoes it has a 71% approval rate.

IMF (Impossible Mission Force) face a challenge when they are wrongfully accused of bombing the Kremlin while they are investigating a person known as “Cobalt”. Ethan and some of his IMF team members must race against time to capture the real people responsible for the bombing, and stop a global nuclear war.

MI4 was also a huge box office success. It grossed over $694.7 million worldwide, against its budget of just $145 million. And it was a major critical success, it received a lot of good reviews and was called the best MI film so far. With its approval rate of 93%, it is one of the highest-rated films, on review aggregator Rotten Tomatoes. It has a 7.4/10 rating on IMDb and a 4/5 rating on Common Sense Media.

The IMF has been disbanded and the CIA is hunting Ethan (Tom Cruise). On the other hand, Ethan is also threatened by the Syndicate, a very professional and well-skilled terrorist group/organization. Ethan teams up with his IMF partners to prove that the Syndicate organization is real and must be held responsible for its crimes and brought to justice. He and his team must race against time to bring down the organization before they carry out their next attack.

MI5 was also a major commercial and critical success. With its earnings of around $682 million worldwide, it became the 8th-highest-grossing film of 2015. It received very positive reviews from critics and online film rating websites. On Rotten Tomatoes it holds a 94% ratings, on IMDb, it holds a 7.4/10 rating and on Metacritic, it holds a 75% rating.

An IMF mission supposed to recover plutonium ends badly and plutonium ends up in the hands of Apostles, a terrorist organization which is founded by ex-Syndicate members. They plan to detonate three plutonium bombs for nuclear attacks on three major cities. Ethan takes it upon himself and brings back his IMF team to action to stop these attacks and complete the original mission to recover the plutonium.

MI6 is so far, commercially and critically, the most successful Mission Impossible film. With its budget of $178 million, it grossed over $791.1 million worldwide and became the highest-grossing film of the series and the second-highest-grossing film of Tom Cruise’s career. It received a lot of good reviews from the critics. MI6 of one of the highest-rated films on online film rating websites. With its approval rate of 97%, it is one of the top films on review aggregator Rotten Tomatoes. It has an 88% rating on Metacritic and a 7.7/10 rating on IMDb.

10 thoughts on “Mission Impossible 7; All There is to Know About”