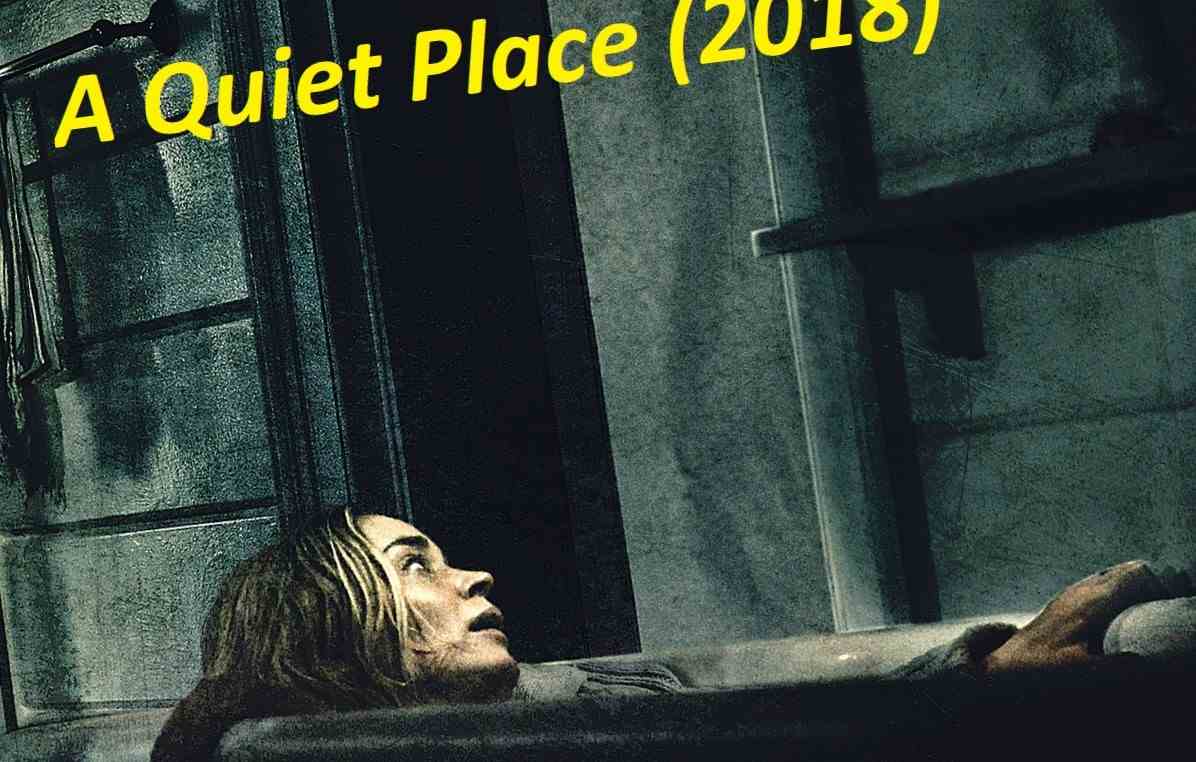 A Quiet Place is a 2018 horror film directed by John Krasinski and starring him. The story revolves around a father (Krasinski) and a mother (Emily Blunt) who strive to live and raise their children in a post-apocalyptic world populated by blind monsters with an acute sense of hearing. A Quiet Place premiered at South by Southwest on March 9, 2018, and was released by Paramount Pictures in the United States on April 6, 2018.

A Quiet Place (2018) was a big commercial success, and it received very good reviews from the critics and the public loved it. It was a critical and financial success, grossing over $340 million worldwide. It was called a “smart, wickedly frightening good time”.  National Board of Review and American Film Institute listed it as one of the top 10 films of 2018.

Beck and Woods started working on the story in college. Krasinski read their spec script in July 2016 and was hired to direct and rewrite it in March 2017. From May to November 2017, filming took place in upstate New York. The film is co-written by Bryan Woods, Scott Beck, and Krasinski. Alien, No Country for Old Men, and In the Bedroom were all used as inspiration for the film.

A Quiet Place Part II is expected to be released on May 28, 2021, with Krasinski directing again and the main cast reprising their roles.

In a world where most people have been killed by blind yet noise-sensitive animals, a family fights for life. To hold the monsters at bay, they are forced to communicate using sign language. Two parents go to great lengths to ensure their children’s safety in a world where predators are chasing every sound they can hear. The family is hiding in silence and not making a sound, but all it takes is one noise for something to go wrong.

The bulk of mankind has been wiped out by blind beings with hypersensitive hearing that destroy everything that makes noise. Bullets and bombs can’t hurt them because they’re protected by armor. In a desolate town, the Abbott family – Evelyn, Lee, deaf daughter Regan, and sons Marcus and Beau – silently scavenge for supplies. The family communicates in American Sign Language when out in the open, barefoot. Beau, four years old, is attracted to a battery-operated space shuttle toy, but Lee takes it away because of the noise it will create. Beau accepts the toy back from Regan, along with the batteries that his father had removed. When the family is walking home and crosses a bridge, Beau triggers the toy, revealing his location to a nearby creature who kills him before Lee can save him.

Regan struggles with grief about her brother’s death a year later, Evelyn is nearing the end of her pregnancy, and Lee attempts and fails to make radio contact with the outside world. Lee seeks to restore Regan’s hearing by upgrading her cochlear implant with scavenged miniature amplifiers, but the devices are unsuccessful. Regan abandons her mother to visit Beau’s memorial, while Lee takes Marcus to a nearby river with a massive waterfall to show him how to fish. Lee explains to Marcus that in the midst of louder and more consistent noises, they are protected from the monsters because the sounds obscure their voices and do not attract them. Regan blames herself for Beau’s death, according to Marcus, and she wants her father to remind her that he really loves her.

Evelyn goes into labor while alone at home. She steps on an exposed nail with her right foot on her way to their basement and drops a glass picture frame, which alarms a nearby creature. Evelyn struggles to stay quiet through her contractions as she flips a switch that turns the exterior house lights red as a warning to the others. Lee instructs Marcus to set off fireworks as a distraction when he arrives at the farm and sees the lights. Lee catches Evelyn hiding in the bathroom with their infant son and leads her to their makeshift soundproofed basement. Lee departs in search of the other girls, promising Evelyn that he will look after them. Evelyn then falls asleep, only to awaken to find that the barn basement has been flooded by a broken pipe and that a creature is trapped inside with her.

Regan and Marcus take shelter atop a grain silo, lighting a fire to warn their father of their location. They run out of lighter fluid, however, and the fire goes out before they can get Lee’s attention. Marcus falls into the silo after a hatch door abruptly gives way. The creature that was stalking Evelyn is distracted by the sound of the door closing, and it turns its attention to Marcus and Regan. Regan, who had jumped in after Marcus, falls into the corn and is about to suffocate when Marcus saves her. When the creature gets too close, Regan’s cochlear implant emits a high-frequency sound that scares it away. The kids break free from the silo and find their father.

As Marcus and Regan hide in a pickup truck, the creature reappears, attacking and injuring Lee. Marcus yells rashly after seeing his father injured, drawing the creature to the vehicle. Before screaming to draw the creature away from his children, Lee signs to Regan that he loves her and always has; the creature, hearing Lee’s voice, attacks and kills him. To get away from Evelyn and the baby at the farmhouse, Regan and Marcus roll the truck down a slope. The four of them retire to the basement of the home. When the creature reappears, Regan, realizing that the implant’s sound distresses it, turns the gadget back on and puts it on a nearby microphone, amplifying the feedback. As the creature grows increasingly disoriented, it reveals the flesh under its armored head, allowing Evelyn to fatally shoot it with a shotgun. The family watches a CCTV display that shows two creatures being drawn to the house by the sound of a shotgun blast. The family members arm themselves and plan to fight back now that they have discovered the creatures’ weakness.

A Quiet Place (Awards and Nominations)

Amazing Facts about A Quiet Place (2018)

as Evelyn Abbot, Lee Abbott’s wife, is the mother of their four children: Regan, Marcus, Beau, and baby Abbott.

as Lee Abbot, Husband of Evelyn and an engineer.

as Regan Abbot, deaf daughter of Evelyn and Lee.

as Beau Abbott, the youngest son of Lee and Evelyn.

as a man in the woods.