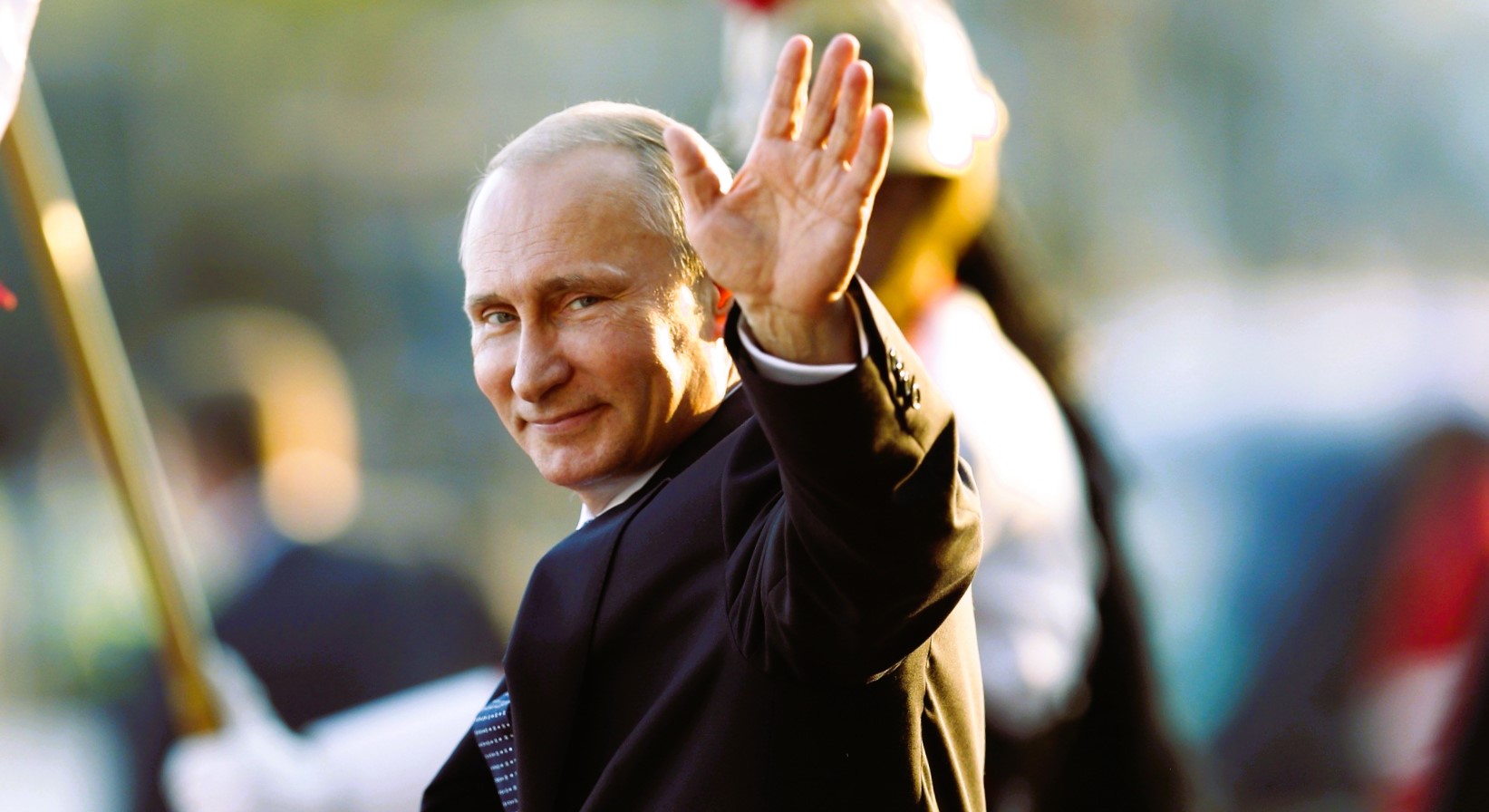 Vladimir Putin is the renowned Russian president, who is a former intelligence officer and a very popular world leader. Vladimir Putin first became Russian president back in 2000 and remained in office till 2008. Then he became president again in 2012 and continues to acquire presidential office. He was also the prime minister of Russia in 1999-2000 and since 2008 till 2012.

The Russian president Vladimir Putin has served his country for over four decades. He is a former Komitet Gosudarstvennoy Bezopasnostin (KGB) intelligence officer and has acquired different offices since his retirement from intelligence agency. Putin has served as the Deputy chief of the presidential administration of Russia (1997-98), First deputy chief (1998), Director of the federal security service (1998-99), Secretary of the Security council of Russia (1999), Prime Minister of Russia (1999-2000) and (2008-2012).

Vladimir Putin is among the most famous and most influential people of the world. He is also considered among the riches men on the planet. Under his leadership Russia responded to the global COVID-19 pandemic and created a vaccine to fight the virus, which is used by multiple countries across the globe.

Russia has recently raised war against its neighboring country Ukraine. The reason of the war, according to Russia, is the ill-treatment of Russian speaking citizens by the Ukrainian government in their country. The Russian president ordered the army a full-scale invasion of Ukraine in February 2022. World leaders and almost the entire globe condemned the Russian invasion of Ukraine and imposed sanctions on the country, and are still asking to pursue the Russian president on charges of war crime.

He had a very tough childhood. His parents had financial problems as his father had suffered a severe grenade injury and had been physically disabled. His father worked at a factory and his mother had a cleaning/sweeping streets job, she also washed test tubes in a laboratory. Putin lived with his parents and other families in a shared apartment facility, where there was no hot water. There were also a lot of rats and insects in the building.

Although Vladimir Putin was very intelligent and sharp, but he did not pay much attention to his school classes, and was often late. His teachers have said that he usually did not pay much attention in the class and never completed his homework. His attitude with other boys at the school was really bad, he used to throw stuff at his classmates, and often had fights with other students and sometimes his gym teacher.

Putin always wanted to work as a KGB intelligence officer and become a spy. When he learned that KGB hand-picks its members, he got admission in a law school so that he would be selected for KGB. He graduated from Leningrad State University with a degree in law in 1975.

For fifteen years he served as a KGB intelligence officer, and rose to high ranks because of his skills and became a KGB lieutenant colonel. When the Soviet Union ended 1989, he left KGB. Later in 1998, he was appointed the Head of FSB.

The Russian president is a Judo and martial arts master. He started learning Judo when he was only eleven (11) years old, and turned to the Russian Martial Art named Sambo when he was fourteen (14). It is known that he won Judo and Sambo competitions in St. Petersburg. In 2012, he received the eighth dan of the black belt in Judo. He is the first Russian to receive this title/status. His two co-authored books on Judo are quite famous in Judo and Martial Art community.

Vladimir Putin is a big fan of the Beatles, and his favorite song is Yesterday. An English photographer named Platon once asked Putin if he likes Beatles or not to while taking a portrait for Time Magazine’s Person of the Year edition, to which Putin replied “I love the Beatles”.

Vladimir Putin owns many houses and palaces. One of his most famous Palace is located in Krasnodar Krai, Russia, which is on the coast of Black Sea. It is called Putin’s Palace and it is nearly on 18,000m². The complex has a helipad, a greenhouse, a church, an ice palace, an arboretum, a guesthouse, a fuel station, a special tunnel, and a 240-feet bridge in its premises.

In 1983, he married Lyudmila Shkrebneva with whom he has two daughters named Maria and Katerina. The couple separated in 2013 on mutual understanding. The only reason the couple, according to the couple, was the Putin could not give time to his wife because of his busy schedule. There are rumors that Putin has another child with a former gymnastics champion.

The president of Russia Vladimir Putin loves animals. From time to time his photos become viral in which he is seen with different kinds of animals. He owns many dogs and other animals. His love for animals can be seen in his photos and videos which circulate the internet.

It is rumored that Putin has Napoleon Complex. Napoleon complex means ‘a person having an aggressive or dominating attitude because he thinks he is physically small or short-heighted.’ He is 5 feet 7 inches tall.

Putin is a very smart and ambitious man. He works day and night for his goals. In 1994, he became the deputy mayor, and after five years he was appointed acting president of Russia in 1999.

Since the time he became the acting president of Russia in 1999, he has been in power in the country to this day.

It was Putin himself who gave the U.S classified information leaker Edward Snowden asylum in Russia, and offered him to apply for a Russian citizenship in the future.